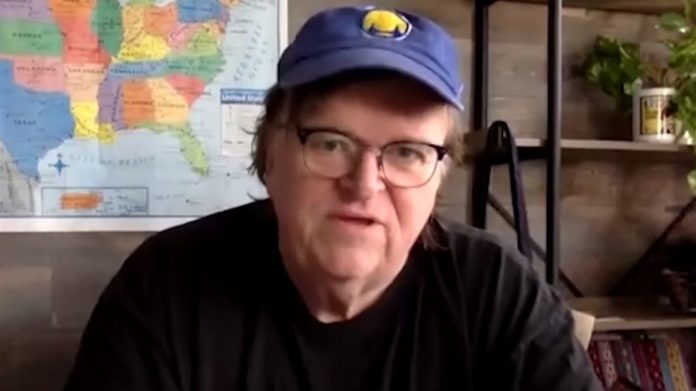 Despite being a far-left lunatic, Michael Moore is often right when it comes to elections.

Going into the 2016 election, he boldly predicted Donald Trump would beat Hillary Clinton.

And Joe Biden will never talk to Michael Moore again after what he just said.

Michael Moore is a hero to the Left.

His documentaries have launched entire movements against the Right.

But while he is a hero to many, he is often a thorn in the side of the Democrat establishment.

In 2016, he predicted Trump’s victory in a video that infuriated many on the Left.

And Biden isn’t happy after he sent out warning signs that the 2020 election is following the same path.

“The fact that Trump has narrowed the lead by 50 percent since June should have everybody screaming bloody murder . . . and figuring out what to do as soon as we’re done talking — or if you don’t even want to listen to us, if you want to get busy now, get busy now because we don’t have a minute to lose on this,” Moore stated.

Moore then went on to explain how Biden is actually doing worse than Clinton was in Michigan.

When Moore predicted Trump would win in 2016, it was states like Michigan that he thought would bring him over the finish line.

Trump was talking to the working class people of Michigan, while Hillary Clinton simply expected them to vote for her no matter what.

And as Moore explains, Biden is falling into the same trap that could doom him.

“Well, start right with the ground game,” he advised. “It’s actually worse than Hillary. At least there was a ground game, even though she didn’t show up. There were Hillary offices in many towns, campaign offices. There was door-to-door campaigns, but you couldn’t get a yard sign.”

“Yes, we need to do it differently than ’16, but we need to go the other direction,” Moore later added. “We need more. We don’t need less.”

Doing more will mean that he will have to talk in public, which has proven to be very damaging for him.

With his deteriorating mental state, he can’t go through a speaking event without making a fool of himself.

His entire campaign strategy is based around capitalizing on hate for President Trump.