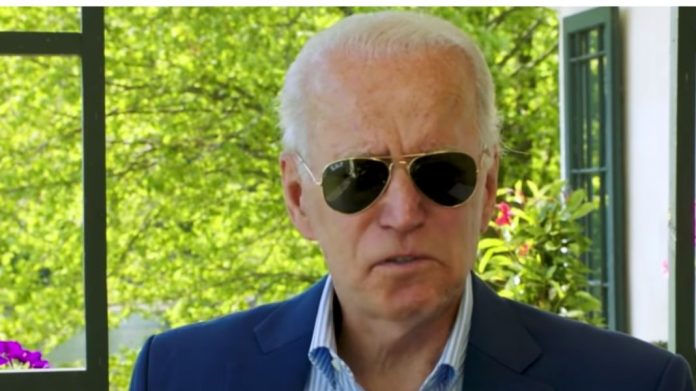 The Left oozed over someone with mental issues.

A key Democrat is livid as President Biden sputters about it.

But Joe Biden will grin from ear-to-ear when he hears a Republican strategist jumped to defend one vile act.

The Left is in complete meltdown as hopes to ram through their agenda in Washington, D.C. by the end of this year seem lost.

Arizona Democrat Senator Kyrsten Sinema is one of the key players in denying the Democrats the chance to push through more debt and an out-of-control spending blueprint for socialism.

Any chance they had may have been flushed down an Arizona toilet this week after open borders zealots filmed Democrat Senator Kyrsten Sinema as they harassed her while she tried to use a ladies restroom.

If you turn against the Democrat Party, leftists have no boundaries.

We know leftists believe there are no genders but the fact is one of the radical scum who chased Sinema into a ladies bathroom was male.

If you want an idea of how much Kyrsten Sinema has enraged her constituents, they heckled her at a class she teaches and when left to the bathroom they followed her in pic.twitter.com/rlZFqLybK8

The actions were disgusting and criminal.

But one person who doesn’t see a problem with flat-out blasting away privacy rights is Joe Biden.

Biden crowed “it happens to everybody,” and claimed that “it’s part of the process.”

It is in Joe Biden’s new world.

In fact it’s part and parcel not only to “the process” of passing his agenda, but is in fact a part of his agenda. After all, Biden wants the IRS to spy on every American’s bank account if they have a transaction of more than $600.

Sadly one so-called Republican strategist, a woman who leveraged that title into a daytime talk show co-hosting gig, agrees.

The John McCain wannabe Ana Navarro went on Twitter to claim that she is just fine with such acts after the Sinema harassment videos came to light.

Navarro claimed, “Chasing anybody -public or private- into a bathroom, to me is beyond the pail [sic]. Maybe if [Sinema] spent less time in fundraisers with corporate donors and held town-halls to listen to constituents and answer their questions, they wouldn’t chase her into the damn [bathroom]”

Chasing anybody -public or private- into a bathroom, to me is beyond the pail.

Maybe if @kyrstensinema spent less time in fundraisers with corporate donors and held town-halls to listen to constituents and answer their questions, they wouldn’t chase her into the damn 🚽. https://t.co/ICsloYkt1l

Ana Navarro is The View’s token RINO co-host and virtually her only claim as a Republican is supporting Jeb Bush’s failed 2016 presidential bid – if you can even consider that a claim.

Nevertheless she’s held out as a “Republican Strategist” in the leftist media.

Its pretty bad when Democrat Senator Sinema is more of a Republican than Navarro.