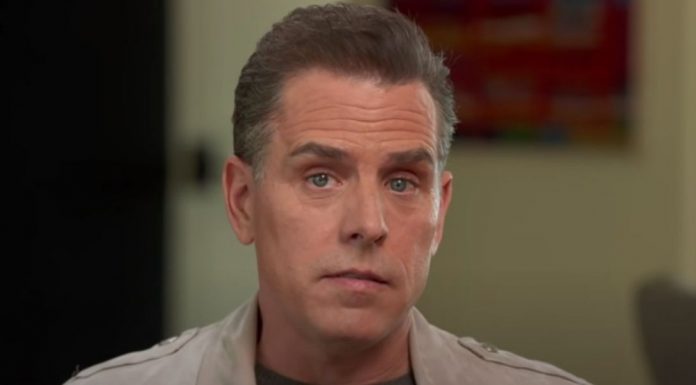 The Biden Crime Family has been protected by the so-called mainstream media.

Hollywood has been especially quiet about Joe Biden and his family.

And Joe Biden will blow his top when he sees one movie trailer.

Over the past few years alone, Hollywood has made a movie about former Vice President Dick Cheney, a limited series about Russiagate, and two separate projects about former Fox News boss Roger Ailes.

Conversely, there are only a handful of political films that have a right-leaning bent.

However, actor Robert Davi, one of the few open conservatives in the film industry, directed the upcoming film My Son Hunter, which takes aim at the degenerate behavior of Hunter Biden and the Biden Crime Family.

The late Andrew Breitbart had a vision for people on the Right to get involved in the culture war.

And ten years after his death, his company (Breitbart News) is finally stepping into scripted film production with My Son Hunter.

Breitbart News announced its “foray into scripted entertainment with My Son Hunter, directed by Robert Davi (Licensed to Kill, Die Hard, Goonies) and starring Laurence Fox (Victoria, Inspector Lewis, The Professor and the Madman), and Gina Carano (The Mandalorian, Deadpool, Heist). The film follows the ‘smartest guy’ the President of the United States knows as he navigates a tangled web of prostitution, partying, international business dealings, drugs, sex, Chinese spies, a laptop from Hell, Ukrainian oligarchs, more sex, more drugs, and, of course, his responsibilities to the leader of the free world. With midterm elections around the corner, select committee investigations and FBI raids on the home of a former president, the new film, My Son Hunter could not be more aptly timed.”

Fox and Carano were both “canceled” by the mob for expressing conservative opinions at a time when such free thought is not permitted in the film industry.

Thankfully, people on the Right are beginning to realize the benefit of fighting the culture war, and both Fox and Carano have found soft landings.

Carano recently produced and starred in The Daily Wire production Terror on the Prairie.

Breitbart Editor-in-Chief Alex Marlow explained, “Robert Davi is a true industry pro and has had a storied career in Hollywood, but what people might not know about him is that he was a friend to Andrew Breitbart, as well as the rest of us at Breitbart News. He’s made a wildly entertaining film that looks unlike anything that’s come out of the conservative movement.”

Hollywood wasn’t always utterly dominated by the Left, and doesn’t have to be now.

People on the Right watch movies and television shows just the same.

Davi said, “Working with Breitbart on this project made perfect sense to me. They’ve always been the first ones through the door, taking on the media, and waging the culture war…Given my friendship with Andrew, it’s a poignant moment for me to have this film represent Breitbart’s entry into the world of cinema, especially since the establishment media covered up the story of Hunter Biden in the most cynical of ways.”

This is how conservatives can begin to fight back in the culture war, one project at a time.