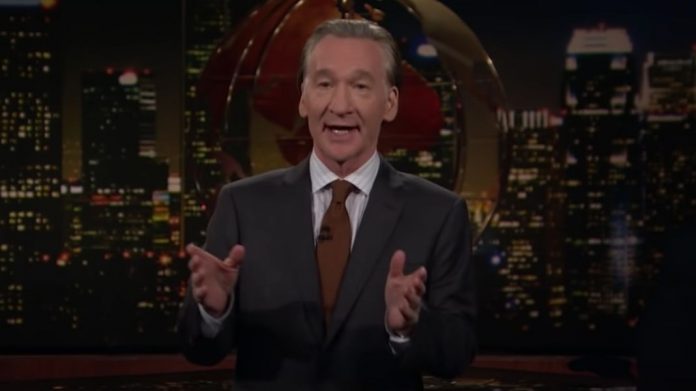 Democrats’ power is built on lies.

But Americans are catching on.

So Joe Biden is nervous after this former New York Times editor went on HBO and said the two harsh words that Democrats fear most.

A recent guest on HBO’s Real Time with Bill Maher unloaded on the COVID regime and the audience went nuts.

Even liberals are beginning to speak up against the Democrat Party’s COVID insanity and comedian Bill Maher has become one of the most outspoken.

He routinely criticized the corporate-controlled press for fear-mongering about the virus and has pointed out several times in recent months that Republicans are better informed on the actual risks of COVID because they are not taking the liberal media as gospel like the Left does.

But the audience reaction to Maher’s recent guest Bari Weiss, signaled a shift that has Democrats quaking in fear.

The most impressive thing about Bari Weiss on last night’s Bill Maher is the wild applause after she finishes here. After two years the tides are turning, even for the left leaning people in this country when it comes to covid. Watch this: pic.twitter.com/8DIH3zTibM

Weiss is a former editor at The New York Times who started her own popular Substack newsletter after militant leftists at The NYT chased her out of the paper.

Clearly Maher’s left-leaning audience is fed up with COVID.

Like Weiss and Maher, many liberals and some leftists are increasingly saying “I’m done” with the COVID tyranny and that has Joe Biden and the Democrat Party worried.

Atlantic writer Caitlin Flanagan went on a similar rant against COVID on Maher’s show, and got applauded for it.

More and more people on the Left are coming around to the fact that conservatives and counter-narrative liberals have been correct about COVID nearly every step of the way.

Instead of following “the science” and available data, the Left chose fear, paranoia, and centralized control.

For example, there is zero data supporting school closures, but teachers unions are still fighting to shutter schools.

Some school districts have already moved to indefinite distance learning.

It’s an absolute travesty, but that’s what happens when politics are put ahead of common sense.

Americans on both the Left and the Right are beginning to resist the COVID regime. But Biden is still using divisive rhetoric such as calling COVID a “pandemic of the unvaccinated.”