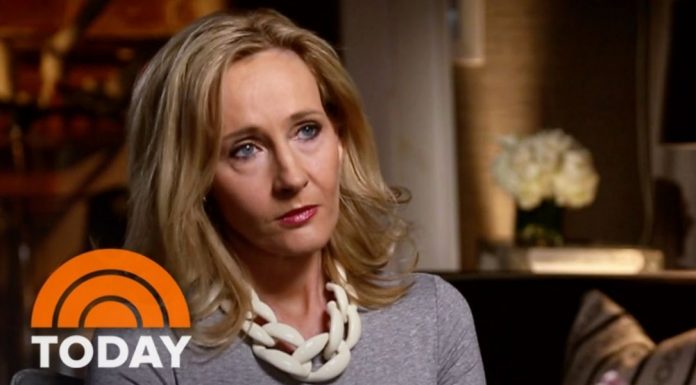 The radical Left are a band of bullies.

They attempt to punish anyone who disagrees with them.

Now JK Rowling was excluded from one event that will leave you speechless.

Rowling, a dyed-in-the-wool progressive, has been excoriated for her views on transgenderism.

Rowling believes in the wacky idea that there are biological differences between the sexes, and men cannot transform into women simply because they say so.

The billionaire author has been slammed with the pejorative label TERF (trans-exclusionary radical feminist), but she has been unfazed.

But now Rowling is being excluded from the 20th anniversary of the first Harry Potter film.

“The cast of one of the world’s most beloved movie franchises is reuniting on HBO Max in Harry Potter 20th Anniversary: Return to Hogwarts. But, as the Hollywood Reporter notes, ‘There’s one notable omission from the list of participants: creator J.K. Rowling.’”

Rowling’s exclusion is obviously due to her views on radical gender theory.

It all began when Rowling tweeted support for a woman named Maya Forstater who was fired from a think tank after saying that men could not change their biological sex.

“Dress however you please. Call yourself whatever you like. Sleep with any consenting adult who’ll have you. Live your best life in peace and security. But force women out of their jobs for stating that sex is real? #IStandWithMaya #ThisIsNotADrill.”

The Left have become so radical that that is a controversial statement worthy of “cancelation.”

Sadly, all of the main cast members refused to support Rowling.

It just goes to show how powerful the fear of ostracization is.

“Since no one has (yet) explained Rowling’s absence, we can only speculate about the explanation. But perhaps this is by design. After all, it’s not uncommon in ideological purges for those who have fallen out of favor with the prevailing orthodoxy to be subtly removed from public scrutiny. Stalin went so far as to manipulate photographs, blotting out all evidence of his enemies’ existence. J. K. Rowling, it seems, is increasingly regarded by those indebted to her as the fictional villain she created, as she who must not be named. It’s their loss. Rowling has more originality and integrity than the rest of them combined.”

The Rowling saga proves that the mob will not brook any dissent.

Rowling is a billionaire female author who was fully embraced by the Left until she said one thing they didn’t agree with.

That’s all it takes for the leftist cult to turn on someone so dramatically?