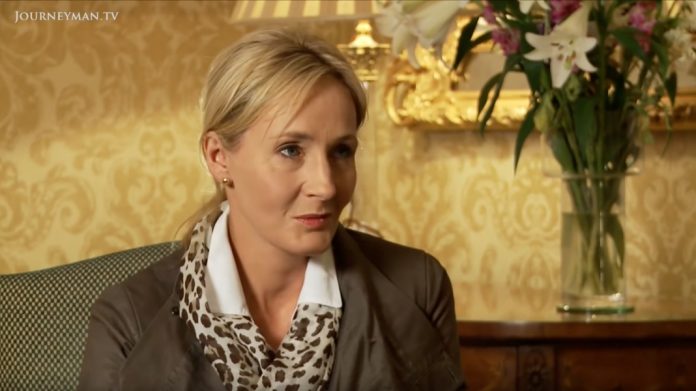 Nevertheless, the radicals continue to go after her.

And Rowling exposed what the unhinged radical Left did to her.

JK Rowling is proof that nobody can ever be progressive enough for the Left.

Rowling is a dyed-in-the-wool leftist, but she’s not “woke” on transgenderism and censorship.

For those reasons, Rowling has been attacked mercilessly by deranged trans activists.

Rowling recently tweeted how one of them threatened to send her a pipe bomb.

To be fair, when you can’t get a woman sacked, arrested or dropped by her publisher, and cancelling her only made her book sales go up, there’s really only one place to go. pic.twitter.com/MsNWXhWlyc

It all started when Rowling had the temerity to stand up for British researcher Maya Forstater, who had been fired from a think tank for expressing counter-narrative opinions about transgenderism.

“Dress however you please. Call yourself whatever you like. Sleep with any consenting adult who’ll have you. Live your best life in peace and security. But force women out of their jobs for stating that sex is real?”

Since then, radical leftists have tried to make Rowling’s life a living hell.

Extremists tried to get her dropped from her publisher, a gambit that perhaps would’ve been successful if Rowling weren’t the most successful author in contemporary history.

Less celebrated authors have been squeezed out of publishing houses for having opinions that clash with the establishment narrative.

Rowling isn’t the only feminist fighting against the transgender hysteria.

Many women who identify as radical feminists are some of the most ardent critics of the unrelenting trans push.

Conservatives have long warned about the slippery slope and the ensuing madness if leftist ideas are allowed to reach their logical conclusions.

The West has since slipped off the slope and is tumbling down the hill.

The only way out of this mess is for more people in positions of power like Rowling to push back.

That would give the silent majority courage to speak out, which would change the incentive structure for “woke” corporations.