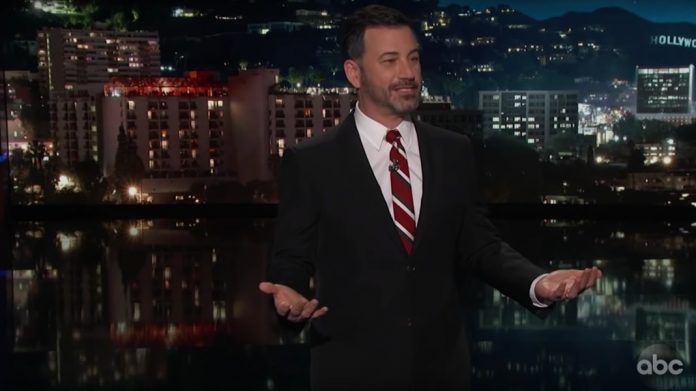 He dutifully goes before his audience and pushes narratives he literally gets from Chuck Schumer.

In a rare instance, wealth actually flowed from Wall Street to Main Street, and the establishment didn’t like it.

The corporate press immediately put out stories that blamed “Trumpism” for the failed Wall Street gambit, accused the retail investors of being racists, and even said the GameStop short squeeze was worse than the Capitol Hill riot.

But late night host Jimmy Kimmel particularly debased himself when he suggested the retail investors might be “Russian disruptors.”

I AM LOSING MY MIND WE ARE WATCHING MANUFACTURED CONSENT PLAY OUT IN REAL TIME pic.twitter.com/zrMEbe6LBT

This is an insane contention.

In order to stop the bleeding, the establishment has marshaled all its cronies to change the narrative in the press, but it hasn’t worked thus far.

People aren’t buying the propaganda that they’re being sold.

Populists on the Left and the Right as well as many celebrities have thrown their support behind the little guy investors.

Tucker Carlson recently pointed out that the establishment used the same tactic in 2011 to derail the Occupy Wall Street movement.

The Washington Post and other major outlets inserted identity politics into the discussion, and all critiques of government malfeasance died down.

The Democrat Media Complex is attempting to use the same playbook, but more people have caught onto the establishment tricks.

Kimmel showed that he and the other late night comics are nothing more than shills for the entrenched establishment.