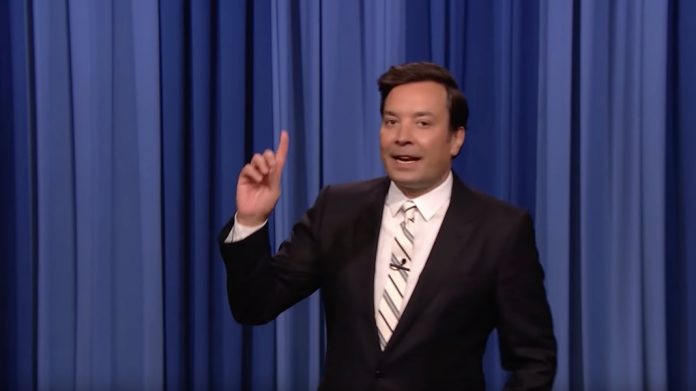 The show hosts parrot Democrat talking points while firing off stale jokes at the expense of Republicans.

And now Jimmy Fallon is desperate to hide one embarrassing Andrew Cuomo interview.

Andrew Cuomo is out as New York Governor.

An unrelenting pressure campaign from Democrats and corporate-controlled media forced him to resign amid sexual harassment allegations.

But the real reason Cuomo is gone relates to the fact he put COVID patients in nursing homes and caused thousands of deaths, then covered it up.

The Democrats don’t want to change their narrative on COVID – that New York handled the pandemic correctly despite the second-worst mortality in the world (only behind New Jersey) – so instead they chose to bury Cuomo to avoid any serious investigation.

Now the Democrat establishment is desperate to memory-hole all of the glowing praise it heaped on Cuomo.

That’s why Jimmy Fallon deep-sixed a glowing interview from 2020.

“NBC’s The Tonight Show Starring Jimmy Fallon appears to be trying to hide a gushing interview it conducted last year with disgraced New York Gov. Andrew Cuomo (D) by turning the YouTube video to ‘private’ mode, which blocks the public from viewing the now-embarrassing video.” 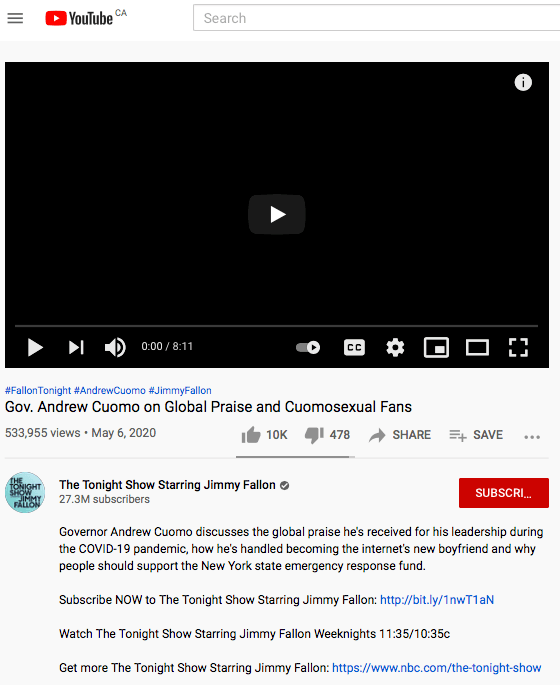 Conservative and heterodox liberal political commentators have discovered that several of their “controversial” videos have been placed in private mode without their doing.

In this instance, either The Tonight Show did it, or YouTube did it on their behalf.

Either possibility is troubling.

Democrats are hoping that people will forget how much the corporate-controlled press pumped up Cuomo for months.

Cuomo was billed “America’s Governor,” and there were whispers he should replace Joe Biden as the Democrat nominee for President.

Perhaps the most embarrassing phase of the Cuomo flattery was when grown men and women called themselves “Cuomosexuals.”

This is how the Left treat people inside their circle.

Cuomo played up the attention by declaring victory over COVID and writing a book about how he defeated the virus.

The entire episode was an embarrassment, and court jesters like Jimmy Fallon played along.