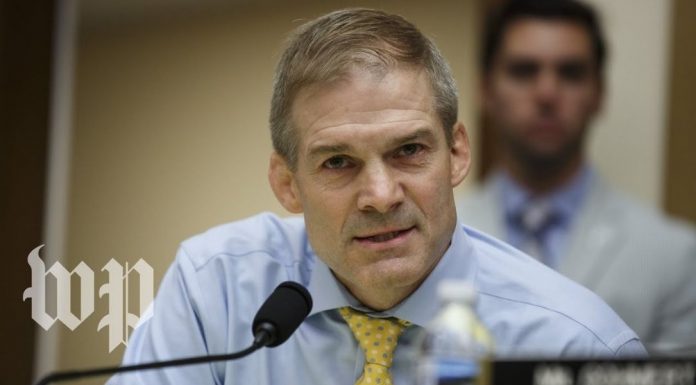 Dr. Fauci’s popularity is collapsing fast as people look closer at his lies and doublespeak.

At this point, no one really knows why Fauci is still in support of tyrannical lockdowns.

But Jim Jordan got Dr. Fauci to admit that he could care less about your personal freedoms when implementing government-imposed lockdowns.

Dr. Fauci is by far the most powerful unelected bureaucrat in our nation.

Who else in our nation can dictate to everyone how they live their lives?

But people are starting to see through the smoke screen that Fauci and other medical “experts” are spewing out.

After shutting down our businesses, children’s schools, and people’s livelihoods, the coronavirus numbers still stayed the same.

And the handful of states that didn’t follow Fauci’s ill-willed advice and stayed open had the same numbers, if not better, than parts of the nation that completely shut down.

But even as the facts and data are starting to come out to show that the tyrannical government lockdowns didn’t work, Fauci is still hitting the Fake News Media with the same fear-mongering rhetoric that shut everything down in the first place.

Some conservatives are starting to hit back at Fauci’s baseless claims for continued shutdowns though.

Earlier, Senator Rand Paul hit Fauci with some hard-hitting questions about the effectiveness of vaccines and the need to wear masks if vaccinated.

But Representative Jim Jordan just slammed Fauci over encouraging states to restrict our liberties and everyone in the room was in shock by Fauci’s response.

Jordan asked Fauci, “Fifteen days to slow the spread turned into one year of lost liberty. What metrics, what measures, what has to happen before Americans get more freedoms?”

Fauci mumbled back a non-answer about vaccinating as many people as soon as possible.

Jordan then pressed Fauci again asking, “What measure, what standard, what objective outcome, do we have to reach before Americans get their liberty and freedoms back?”

Then Fauci abruptly responded, “I don’t look at this as a liberty thing.”

You can see a video of the exchange below:

Then after admitting that he could care less about our lives being restricted like never before, he had the nerve to go on CNN to claim again that “[t]his is a public health issue. It’s not a civil liberties issue.”

"We're talking about the fact that 560,000 people in our country have died. … That's the issue. This is a public health issue. It's not a civil liberties issue." #CNNSOTU pic.twitter.com/X2ZO8t98O5