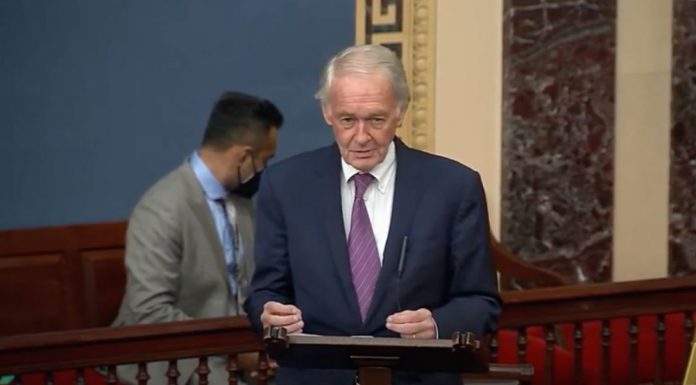 But he never expected this Democrat Senators’ insane reaction to one of his new TV shows.

Amazon founder Jeff Bezos has expanded into television in a major way with his recent purchase of MGM Television.

Now, he’s leveraging that with some of the most worrying parts of his Big Tech empire for a major new syndicated show.

Nowadays, Big Tech is involved with almost every single aspect of life whether it is home security, grocery shopping, or connecting with loved ones.

Although this technology can be convenient at times, there is a tremendous cost that many people don’t see.

However, some of Jeff Bezos’ customers are in an uproar over his latest move.

Despite being involved in every aspect of life, Big Tech should not be trusted

Millions of Americans have instead opted to use services such as Amazon’s Ring which places a camera at your doorbell, or anywhere for that matter so that you can watch what is going on at your home while you are away.

At first this seems inviting and convenient, however having a camera on your home invites Amazon to keep a very close eye on you and your family.

This was made painfully obvious when Amazon announced a new television show hosted by Wanda Sykes called “Ring Nation”, which features clips of Ring cameras that are especially outlandish.

Immediately, people from both sides of the political aisle voiced their concern and outrage over this creepy television show.

One of those was liberal Senator Ed Markey of Massachusetts who said on Twitter “The Ring platform has too often made over-policing and over-surveillance a real and pressing problem for America’s neighborhoods, and attempts to normalize these problems are no laughing matter,”

Senator Markey then went on to say “Amazon must focus instead on making strong safety and accountability commitments to Ring users and ensure that neighbors aren’t robbed of their privacy and civil liberties.”

For once, many are saying Ed Markey is right.

Amazon has built a massive working relationship with the Biden National Security Agency.

Nextgov reported in April on a secret $10 Billion contract awarded to Amazon with an NSA spokesperson confirming the “NSA recently awarded a contract to Amazon Web Services that delivers cloud computing services to support the agency’s mission.”

That’s giving many Americans pause about having an internet-connected camera installed inside or outside their homes.

More often than not, tech companies load a bunch of legal caveats in their extensive terms and conditions, which most people often agree to without reading a single word.

Giving tech companies the right to keep an eye on your home invites a lot of problems, and is leading America down a very troubling path.

Having said that, if it were not for out-of-control crime, and including property theft, then millions of American households would not feel as if they desperately needed a Ring camera to protect their property.

Local police departments used to do a fine job protecting from crime without intrusive surveillance.

And Ring camera footage is often completely useless since even petty criminals now know to cover their face when they steal your packages, rifle through your car, or worse.

So before you go buy a new Ring camera, prepare to give all of your privacy away to Jeff Bezos and Amazon.