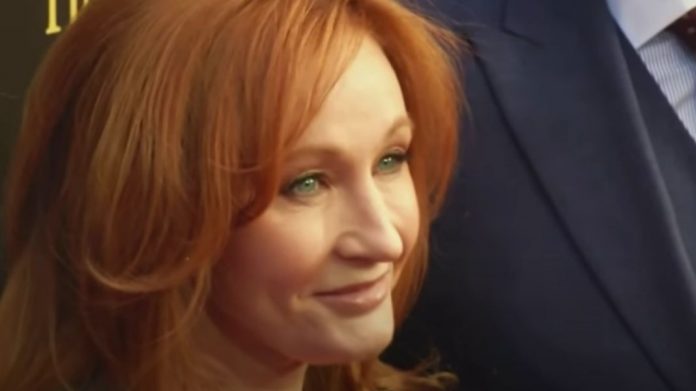 For many years, Harry Potter author J.K. Rowling has been a hero to the Left.

She even once claimed that President Trump was worse than her series’ evil villain Voldemort.

But now she may never be allowed to publish a book again after what she said about transgenders.

For years, Rowling has been known for, along with creating the most popular book series in history, her far-left opinions.

She has taken to Twitter and other mediums to interject her agenda into her books, even many years after release.

Rowling has chosen to name some characters as gay, regardless of the book never once addressing it.

And she has made her disdain for President Trump and other prominent conservatives clear.

But in a shock change, she has recently come out against the most radical wings of the LGBT agenda.

She began this change after coming out in support of Maya Forstater, a U.K. tax expert who was fired after arguing that transgender women should not be able to change their gender legally.

Rowling was simply defending her free speech right to disagree with the mob.

But then she really infuriated the Left by pointing out that sex is real.

“If sex isn’t real, there’s no same-sex attraction,” she tweeted. “If sex isn’t real, the lived reality of women globally is erased. I know and love trans people, but erasing the concept of sex removes the ability of many to meaningfully discuss their lives. It isn’t hate to speak the truth.”

In response, there have been intense calls on her literary agency Blair Partnership to drop her, and the Harry Potter series she wrote.

These calls have reached a fever pitch with four employees quitting Blair Partnership over their refusal to cancel Rowling.

“Fox Fisher, Drew Davies and Ugla Stefanía Kristjönudóttir Jónsdóttir said they could no longer work with the Blair Partnership, the London-based agency that represents all aspects of the HarryPotter author’s work, because they were not convinced the company ‘supports our rights at all avenues,’” reports the far-left Guardian, while a fourth author also reportedly departed but wanted to remain unnamed.

In their statement they laughably claimed to support free speech, while also stating they don’t really.

“Freedom of speech can only be upheld if the structural inequalities that hinder equal opportunities for underrepresented groups are challenged and changed.”

Blair Partnership stood up for Rowling in their response, stating that they take pride in the diversity of views represented by their authors, and that they could not compromise the “fundamental freedom” of allowing authors to express their thoughts and beliefs.

So they are standing up for her now, but if we’ve learned one thing it is that the mob won’t give up.

There is a real chance she may end up being canceling for her common sense views.

Do you think J.K. Rowling should be canceled?