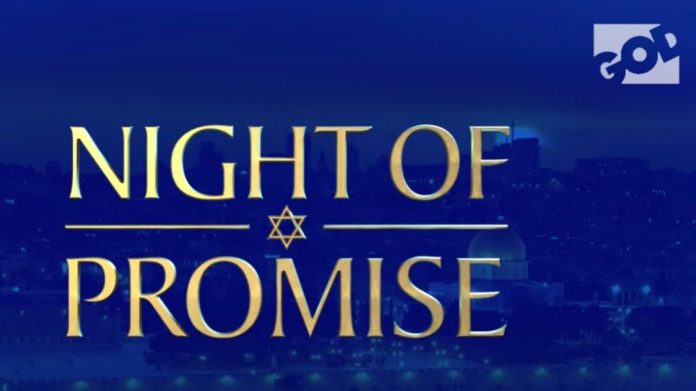 Israel is America’s greatest ally in the Middle East and is one of the few countries that is willing to tolerate the existence of Christians within their borders.

But something terrible has happened that could change everything for Christians in the nation of Israel.

That’s because Israel is doing something no one ever expected to this Christian TV station that will leave you speechless.

The Middle East is widely known as a hostile area of the world toward Christians.

Fortunately, Israel has offered Christians a welcoming environment and Jews and Christians live in peace together.

However, Israel has done something unexpected that could be an alarming trend.

The nation has officially pulled the plug on a Christian TV channel named, “GOD TV”.

GOD TV is a Christian TV channel that promotes the Gospel and targets Christians living in the area as well as Jewish and Muslim viewers in hopes of converting new followers to Christ.

However, Israel has officially put an end to the channel in a move that could be a major setback Christian and Jewish relations.

Israel has not given a clear reason as to why they pulled the plug on the channel.

This is the first time the country has ever made such a bold move against Christian media.

Supporters of GOD TV on social media are speculating this decision has to do with internal politics and appeasing radical Islamists within the country’s borders.

The threat of radical Islam in Israel is legitimate and puts many lives in danger.

However, giving up and choosing to appease terrorists by silencing Christian media will only embolden radical Islamists and make the situation worse.

GOD TV has stated they still support Israel and are appealing the decision in hopes of returning to the air soon.

As one of America’s greatest allies, Christians will most certainly lobby the government to put GOD TV back on the air in hopes of spreading the Gospel in a region of the world where it is desperately needed.

Why do you think Israel decided to take GOD TV off the air?