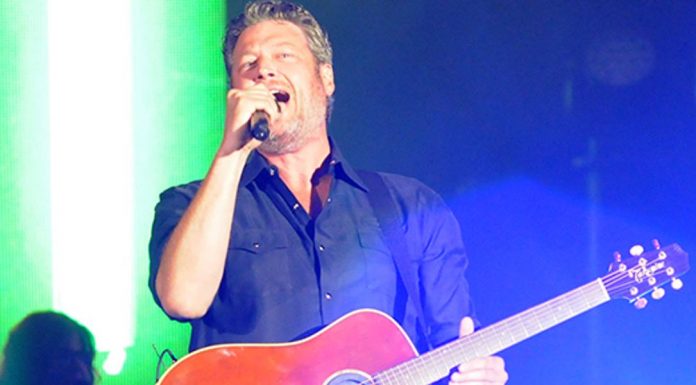 Celebrities, CEOs, and politicians are learning they better watch what they say, or the snowflakes on the Left will be quick to cancel them and ruin their careers.

It’s rare these days to find anyone willing to stand up to the left-wing extremists who cancel anything that doesn’t “jive” with their woke worldviews.

That’s why a lot of people are wondering if Blake Shelton could be the next celebrity canceled.

Shelton debuted his new song “Minimum Wage” on New Year’s Eve during the countdown to 2021.

In the song, he sings, “Girl, your love can make a man feel rich on minimum wage.”

Shelton is one of the rare few who has decided to stand up to the radical Left and stated in a recent interview with CMT that it’s a love song about how “if times are tight and you ain’t got much money – as long as you have love and you’re happy – at the end of the day, that’s all any of us can really hope for.”

In the CMT interview, Shelton made it very clear that he will not apologize for his latest project and that if you’re offended by it, then so be it.

He went on to say that if you’re offended by a song that talks about how you have it all when you have love even if you have no money, then “we’ll just have to agree to disagree.”

Shelton also said he can personally relate to the song reminiscing back to the days when he was a struggling artist and had to decide between “paying the rent or the electric bill” or just “saying screw it and buying some beer.”

Blake Shelton is speaking to real Americans in his new song and, not surprisingly, the Left finds that offensive.

Shelton went on to say in the interview that there is a contingency of people around the world and on the Internet who just cannot be pleased.

In a world where songs about love are garnering ridiculous backlash, it’s refreshing to hear a star like Shelton stand up for himself, his craft, and the American people.