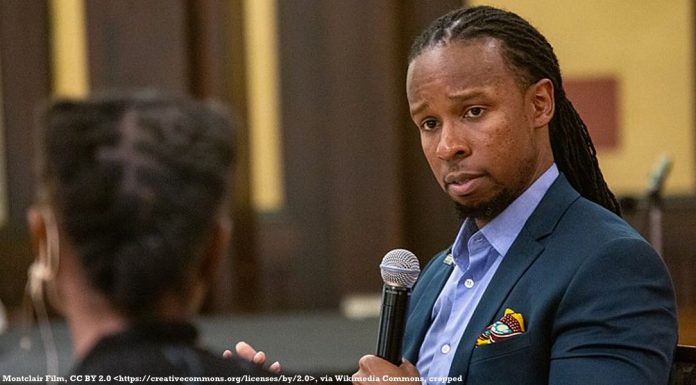 The radical Left is attempting to tear down the country.

And they’re also tearing themselves apart in the process.

Ibram X. Kendi has become one of the preeminent “woke” charlatans in the country.

He has raked in millions from charitable donations, book sales, and Netflix deals for his garbage work on the study of so-called antiracism.

As defined by Kendi, antiracism means enacting discriminatory laws in order to remedy past discrimination.

In other words, Kendi wants to fight past racism with present and future racism.

But Kendi got himself in trouble with transgender activists when he said that he and his wife were “horrified” when their young daughter told them she was a boy.

Dave Chappelle has been pilloried for weeks because of his Netflix special The Closer, which includes trans jokes in a broader critique of “woke” culture.

Kendi also stepped in it recently when he tweeted a story about how white students claim to be Native American in order to boost their chances of getting accepted into college.

Kendi deleted the tweet after he realized that the article completely undercut his entire antiracist, Critical Race Theory narrative.

His whole shtick is that America is white supremacist, and all power centers are created to uphold white supremacy, thus they must be dismantled.

But according to all available admissions data, white students have to score higher on standardized tests than non-white with the exception of Asians, who are conveniently excluded from the debate because their success is problematic for the Left’s narrative.

Kendi’s meltdown is proof that the deranged ideas of the Left cannot sustain themselves.

They contradict with too many other tenets of the Left.

That’s why it appears as though the Left is devolving into utter chaos.

The only thing holding the Left together is hatred of Donald Trump and conservatism more broadly, but that is not a coherent philosophy.