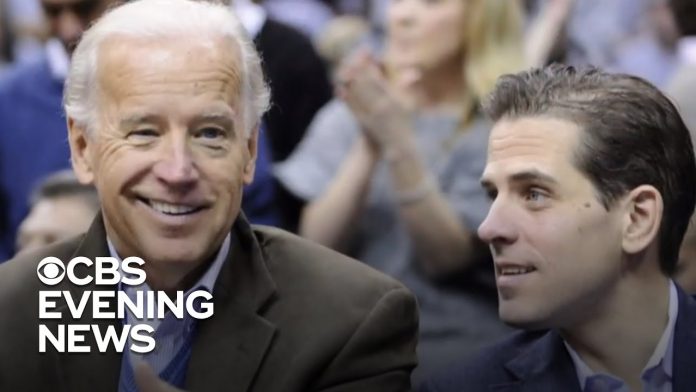 One of the most under-reported stories of the 2020 election were the crimes committed by Hunter Biden.

And throughout this election, Hunter Biden has been nowhere to be found.

But Hunter Biden finally made his first appearance in public and it has people speechless.

2020 has been filled with news-breaking stories.

And this is especially true with the election cycle.

The Fake News Media ran story after story about President Trump getting coronavirus and every leak that came out of his administration.

But they seemed blind to many stories involving Joe Biden.

And this is especially true with the stories surrounding his son Hunter and his efforts to make money off of his dad’s position as Vice President.

It all started when the New York Post reported on a story about a treasure trove of damning emails from Hunter Biden’s old laptop.

Everything from pictures of Hunter doing drugs to his shady business deals were on that laptop.

But even as these bombshells were dropped by the New York Post, no other major news organization ran the stories.

Many even spent ample time trying to discredit the stories as “Russian misinformation.”

Social media companies sprang into action to block anyone from sharing them and limit distribution on their networks.

And while these stories were being covered up by the Fake New Media and Big Tech, Hunter Biden was nowhere to be found.

It seemed like the only person out of the public eye more than Joe Biden was his son Hunter.

But that all changed when the Fake News Media claimed Biden as the winner of the election.

During his presidential acceptance speech, Hunter Biden finally came out of hiding and joined his dad on stage in front of the whole nation.

I guess it’s safe to say that Hunter Biden feels safe to come out of hiding and isn’t worried about any backlash for his past shady business dealings.