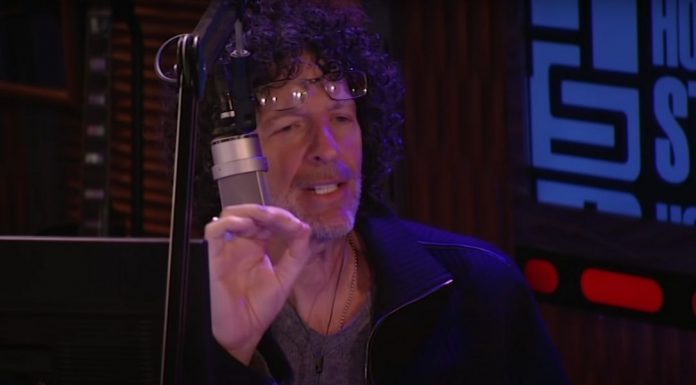 Howard Stern has completely gone off the deep end.

The combination of Donald Trump and COVID broke him mentally.

Now Stern came up with the dumbest and most deranged take on Will Smith’s Oscar meltdown.

Howard Stern has one of the worst cases of Trump Derangement Syndrome in recorded history.

TDS and COVID-19 turned Stern into a cranky, neutered, “woke” version of his former self.

That led Stern to blame Trump for Will Smith’s breakdown at the Oscars when he slapped Chris Rock.

Stern said, “This is how Trump gets away with sh*t. . . Will Smith and Trump are the same guy. He decided he’s going to take matters into his own hands, at a time when the world is at war. Bad timing, man. Calm your f*cking ass down.”

"Will Smith and Trump are the same guy" – Howard Stern pic.twitter.com/mSnO0a4R3W

Tying in Trump to what Smith did makes zero sense whatsoever.

If Stern were honestly assessing the situation, he would be blaming the growing acceptance of violence against speech among people on the Left.

Stern should be pointing at Hollywood culture that worships celebrities and protects people like Harvey Weinstein and gives awards to pedophiles like Roman Polanski as he lives in exile in Europe.

Stern almost touched on that point:

“The first thing I said to my wife, ‘The f*ck is going on? Is this a bit? Because, where’s security? . . . . This is a live television event. Not one person came out, because he’s Will Smith…You don’t hit people over speech, certainly not at the Academy Awards, and Will Smith’s got to contain himself…Here’s Hollywood that’s so outraged by every little thing. Not one person got up and said, ‘Hold on, we got an out of control situation here’. . . . How this guy was allowed to sit there for the rest of the awards, and he’s laughing it up and having a good time with his wife. What he did was he just assaulted Chris Rock.”

But then his Trump Derangement Syndrome kicked in.

Donald Trump is not to blame for this broken Hollywood culture.

The leftists who have perverted culture for at least 50 years are the ones responsible.