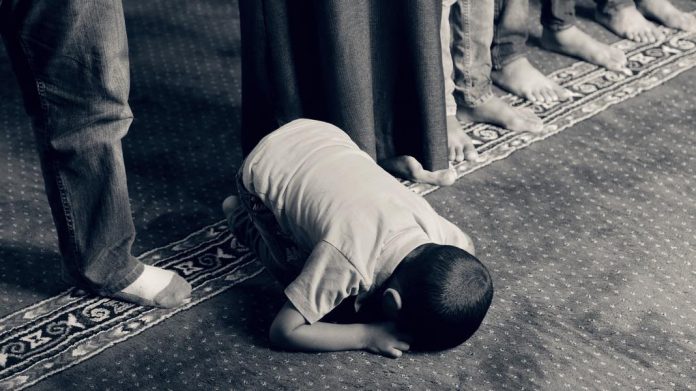 Then Al Jazeera published a feature video on how Israel “benefited” from the Holocaust.

But how this public school is shoving Islam down students’ throats will infuriate you.

Her grade was docked in her world history class because she wouldn’t write the Islamic conversion creed — There is no god but Allah, and Muhammad is the messenger of Allah — as part of a written assignment.

In addition to this, the teacher taught students that “Most Muslims’ faith is stronger than the average Christian’s.”

Further, a powerpoint presentation that was used to teach the class stated that Muslims believe “Allah is the same God that is worshipped in Christianity and Judaism,” and the class also taught that Islam is a “peaceful religion.”

When she went to school officials asking to opt out of the course so she didn’t have to listen to Islamic propaganda, school officials refused, saying she was forced to complete the class and participate — or else lose points.

In response, the Thomas More Law Center (TMLC) filed a lawsuit saying Caleigh’s First Amendment rights were infringed upon, since she was forced against her will to participate in Islamic rituals and listen to religious propaganda.

The Thomas More Law Center (TMLC) on behalf of the Wood family filed a lawsuit, claiming the school had violated the First Amendment Establishment Clause and the girl’s right not to be forced to profess faith in another religion. Both the Federal District Court and the Fourth Circuit Court of Appeals ruled in favor of the high school’s Islamic curriculum.

Now, the TMLC has appealed the case to the Supreme Court asking the high court to decide whether any legal basis exists to allow public schools to discriminate against Christianity while at the same time promoting Islam.

“Under the guise of teaching history or social studies, public schools across America are promoting the religion of Islam in ways that would never be tolerated for Christianity or any other religion,” TMLC President and Chief Counsel Richard Thompson said in a statement. “I’m not aware of any school which has forced a Muslim student to write the Lord’s Prayer or John 3:16: ‘For God so loved the world, that He gave His only begotten Son, that whosoever believeth in Him should not perish, but have everlasting life.’”

Last Christmas, a public school in Virginia removed Jesus from their school play because Jesus made a few students feel uncomfortable.

And another public school in Nebraska banned Christmas Carols, Christmas Music, and even candy canes and the iconic red and green Christmas colors because it was religious.

But now a school is shoving Islam down students’ throats and nobody is batting an eye.

Even outside the traditional American holiday, leftists are attacking Christianity in public schools left and right.

As we reported, a Christian student was forced by his teacher to wash off an ashen cross while celebrating the Christian tradition of Ash Wednesday.

And, in Ohio, another Christian student was suspended for posting Bible verses on walls and lockers at a school.

Critics argue there are many more stories like these that never see the light of day because the Fake News Media ignores them because of their anti-Christian bigotry.

Should Christians be forced to participate in Islamic rituals?