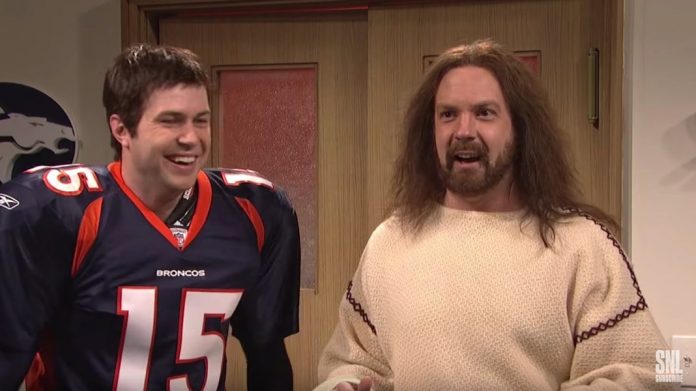 Netflix and Hulu are just mediums for the so-called “progressive” agenda in Hollywood.

Netflix even hired former President Obama to produce shows and movies for the streaming service.

And how one comedian portrayed Jesus left many Americans fuming with righteous indignation.

Sarah Silverman sunk to a new low when she decided to mock Jesus on her Hulu show, “I Love You, America.”

In the latest episode, Silverman’s character meets Jesus in line to vote on Election Day.

The sacrilegious portrayal of Jesus shares his thoughts, saying he is a “pansexual” that likes to “curse all the time.”

The end is in sight for the latest season of Hulu’s I Love You, America with Sarah Silverman, but that doesn’t stop every episode from being more excruciating than the last. In a true pinnacle of awfulness, she provides a sketch with the voting, swearing, pansexual version of Jesus Christ. It just goes to show that when they go low, Sarah goes lower.

In this scenario, Sarah runs into Jesus Christ, played once again by Fred Armisen, at the polls. From there, it doesn’t take long to inevitably get raunchy and political with the religious figure worshipped by billions.

“Jesus” makes comments on things like:
…
• Illegal Immigration: “We live in a nation where they’ll let a Middle Eastern guy into their hearts [Jesus] but not into the country.”

• Sexuality: “I’m essentially pansexual. I love everyone and everything…”

• Voting: “I don’t want to pick sides, but let’s just say, I brew my own kombucha.

Just last week, Sarah lectured to the viewers about how people use Christianity as a “shroud” for their own bigoted behavior. Now she’s trying to turn the tables and use her “Jesus” to promote her own beliefs. Then again, as she mentions herself specifically in this episode, she’s a hypocrite.

You can watch the clip below, but note the clip is unedited and contains mature language.

The so-called “comedy” here is simply cringeworthy and disrespectful.

Radical leftists’ favorite past-time is mocking Christians and portraying them as uneducated.

Which is ridiculous because that’s where billions of people get their morality from, which of course affects their political views.

But they have no problem literally turning Jesus, who was above all apolitical by nature, into their propaganda mouth piece.

This is nothing new for Hollywood, however.

Shows like “SNL,” “Family Guy,” Silverman’s “I Love You, America” and even late-night shows, have all used God or Jesus for their twisted political jokes.

But Americans are sick of their intolerant antics, and it shows in their sharp decline in ratings.

Do you think Silverman’s show should be cancelled after this stunt? Let us know in the comments below.