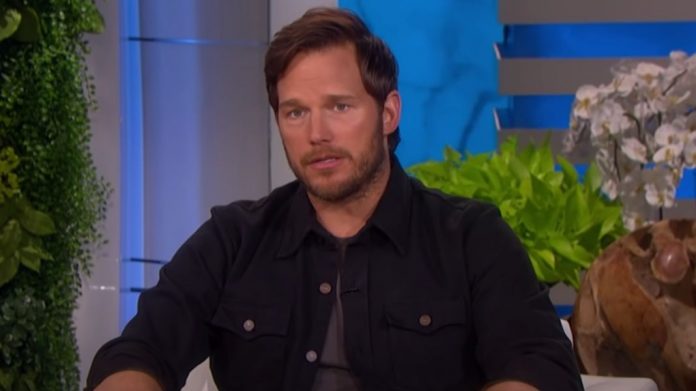 Chris Pratt is one of the few Christian voices in Hollywood.

He has long been unafraid to publicly profess his faith.

And Hollywood won’t like the patriotic thing Chris Pratt just said to millions of people.

There is perhaps no place as godless as Hollywood.

The entire industry constantly promotes far-left propaganda, and attacks America in the garbage they churn out on a regular basis.

Patriotic Christians have room to start in the industry today.

But there are a few who have made names for themselves in the industry already, and therefore have been unafraid to express their beliefs.

Chris Pratt is the most famous of those who refuse to adhere to the far-left nonsense pushed in Hollywood.

The Guardians of the Galaxy and Jurassic World franchise star regularly expresses his Christian faith, and declares his love for his country.

On Flag Day, he proved that by putting out a post on Instagram to his 31 million followers celebrating the U.S. military and free speech.

His post began by stating, “I love our flag. The Stars and Stripes represent all of us.”

Pratt goes on to declare, “Every American regardless of race, gender, sexual orientation or political leaning is protected and free to be themselves in this great country. This banner is yours.”

“You are free to say whatever kind of crazy a** s*** you want in this country,” Pratt added. “And the crazy a** s*** I want to say is this: ‘I pledge allegiance to the flag of the USA. And to the republic for which it stands. One nation, UNDER GOD, #Indivisible, with Liberty and a justice for all.’”

This isn’t the first time he has used his platform to express his love for his country.

On Memorial Day, the A-list actor again took to Instagram to tell those who “bitch and moan about America” that their “right to free expression is paid for in blood.”

In 2018, while speaking at the MTV Movie & TV Awards, he encouraged his fans to pray, and realize that God is real.

“God is real. God loves you. God wants the best for you. Believe that. I do,” Pratt said, before later encouraging listeners to “learn to pray. It’s easy, and it is so good for your soul.”

Clearly, Pratt isn’t willing to accept the agenda from Hollywood.