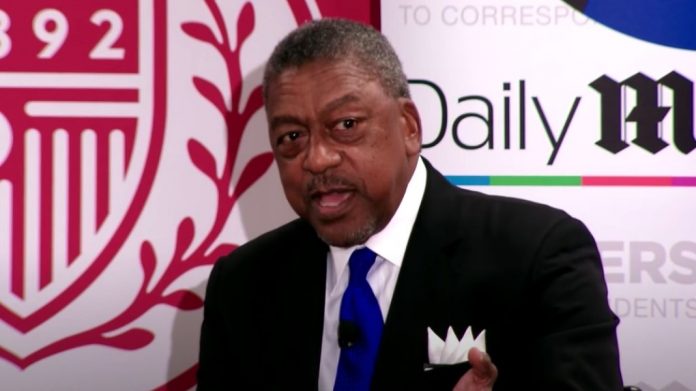 Trump has made major grounds toward turning black voters against the Democrat Party.

They are realizing that Democrats have been lying to them for decades.

And Hollywood was speechless at what this black industry executive said about Trump.

Hollywood has become a powerhouse for anti-Trump propaganda.

They constantly push lies to try to turn Americans against him.

And if Joe Biden outright tries to steal the election in the coming days, Hollywood will have been a big player in making that happen.

But not everyone in the industry is on their side.

But instead, he made it clear that black Americans have been better off under Trump.

If you were asked if Trump’s re-election would be better for black Americans, he said yes.

“If you take the notion that Trump’s focus is on building the economy, building manufacturing, creating more jobs, then, the answer again, is yes,” he said.

“I’m not fearful that a Trump reelection is going to be an assault on the political, cultural, social eights of black Americans,” Johnson continued. “It didn’t show up in the past four years in terms of economic opportunity, and so, today, I don’t see what the black community has gotten over the past eight years of Democratic leadership.”

He went on to state that it would not be good for black Americans, and that most weren’t excited for him, even if they did vote for him.

“I think black Americans are getting a little bit tired of delivering huge votes for the Democrats and seeing minimal return in terms of economic wealth, and closing the wealth gap, job creation, job opportunities,” said Johnson. “And Joe Biden was not an inspiring candidate for many black Americans. Some of them stayed home, some of them voted for Trump.”

So even if Biden makes his way into the White House, you can be sure that Democrats are losing their hold on black Americans.

They realize that Democrats have not been good for them, and that Republicans like Trump are proving to be more on their side than the Left.