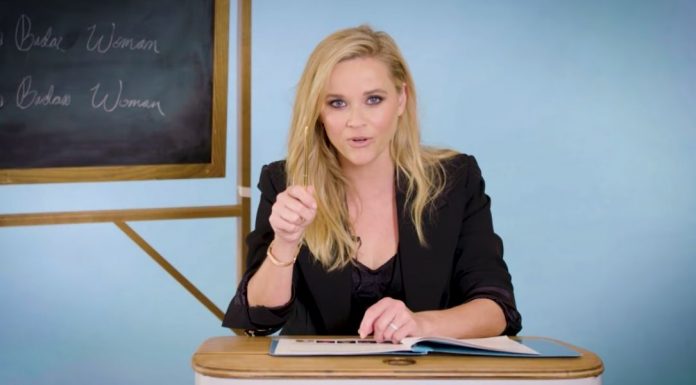 The Left are pushing absurd narratives about Kyle Rittenhouse.

Their opinions are based on some of the most dishonest media propaganda ever created.

Kyle Rittenhouse’s acquittal broke the brains of many people on the Left.

They can’t imagine how a teen “crossed state lines” with an “illegal rifle” to “kill Black Lives Matter” was set free.

Of course, none of those talking points are true, but people who only listen to the corporate press would have no chance of knowing that.

That goes for rabid Hollywood leftists who embarrassed themselves over the Rittenhouse verdict.

The latest is actress Reese Witherspoon.

Witherspoon, who is best known for playing a ditzy lawyer in early 2000s franchise Legally Blonde, used the verdict to push for gun control.

No one should be able to purchase a semi-automatic weapon, cross state lines and kill 2 people, wound another and go free. In what world is this safe … for any of us ?

Aside from the ditzy pink clad lawyer role, Witherspoon may be best known for getting diddled on a roller coaster on screen in 1996’s Fear.

That film was the then-20 year olds’ breakout role.

And when you consider she owes her career to a role about a 16-year old minor in a sexual relationship with a 23-year old pedo, it makes sense Witherspoon would grieve for Joseph Rosenbaum.

Of course Witherspoon is far from the only one in Hollywood distraught over Rittenhouse being found not guilty for dispatching a child rapist from his mortal coils.

Pedro Pascal, star of Disney’s The Mandalorian, proved he’s a leftist stooge with his heartfelt remembrance of the criminal sociopaths that attacked Rittenhouse.

Someone needs to show him the rap sheets of these supposed protesters. 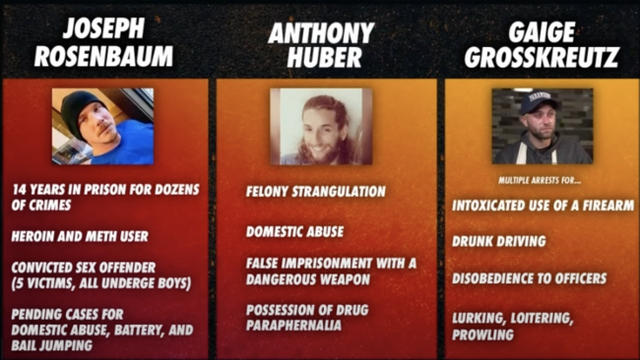 They were rioters, not protesters, especially Joseph Rosenbaum who had been released from a mental hospital earlier that day.

Setting buildings and dumpsters on fire in an attempt to blow up a gas station is criminal depravity, not protesting.

We come together to mourn the lives lost to the same racist system that devalues Black lives and devalued the lives of Anthony and JoJo. #ReimagineKenosha

Rosenbaum’s victims and their parents must be aghast at their pedophile attacker being lionized as a hero.

It’s disgusting, and it’s common on the Left.

They champion psychos and reprobates because those are their foot soldiers.

They’re the ones willing to kill cops and burn down buildings.

The thought leaders in the universities never get their hands dirty so they must take good care of the shock troops.

If Hollywood keeps embracing criminal sociopaths, that’s the only people who will see their dumb movies.