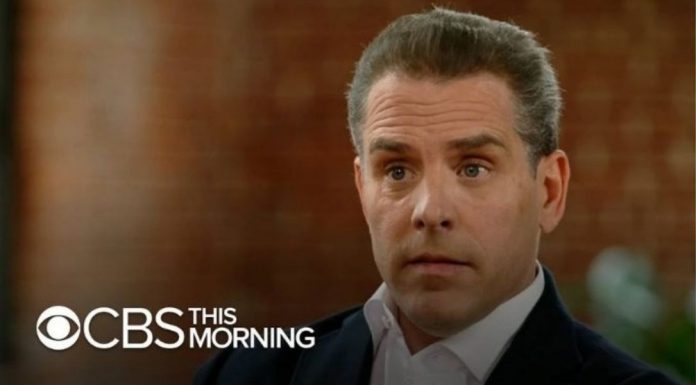 Hunter Biden is a mess.

During the presidential campaign, all of his disgusting secrets were exposed.

Despite that, Hollywood is trying to turn Hunter Biden into a star after he said one thing on Jimmy Kimmel.

Hollywood is an industry full of moral bankrupt elites that have no idea about the struggles of everyday Americans.

So Hunter Biden would fit in great.

During his years-long crack addiction, he fathered illegitimate children, tried to dodge child support, and had an affair with his dead brother’s widow.

He talks about a lot of this in his upcoming book Beautiful Things.

And in an attempt to rehab his reputation, he was brought on Jimmy Kimmel’s late night show to talk about the book.

“Yeah, it was a journey, but thank God I made it through,” Biden said. “For me it was important to be completely honest about the entire experience.” He added crack “had brought me to a place I had never been to before . . . It was an absolutely awful experience at the end. And it was an awful experience throughout.”

Hunter Biden went on to praise his father, by stating that he has a “genuine desire to take some of that toxicity” out of politics, without mentioning the many times where Biden has insulted Republicans.

The son of the President then tried to explain his position on the board of Burisma Holdings, a Ukrainian energy company.

He cites the fact that he attended Yale Law School, while ignoring that his acceptance almost certainly came from his father’s status.

Hunter Biden then cites his position at a bank holding company, while ignoring that the company was one of his father’s largest campaign donors.

He also cites his position on the board of Amtrak, which almost certainly was due to his father, considering he has long been one of the top proponents of Amtrak.

Jimmy Kimmel never pressed him on this, and instead let him tout his resume without challenge.

Overall, Hunter Biden was given the treatment of a movie star, not a scandal-ridden rich kid, who got everything in life because of his last name.