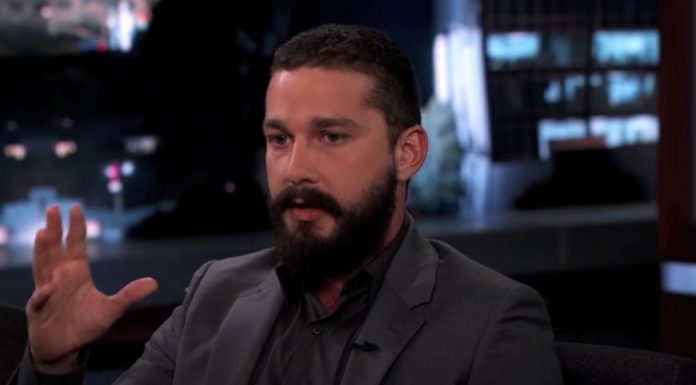 Hollywood is a hot bed for every type of new-age humanistic religious drivel.

Which means Shia LaBeouf just upset the apple cart with his recent revelation about one inspirational movie role that literally saved his life.

And now Hollywood is really seething after Shia LaBeouf dropped this truth bomb.

Actor was suicidal before finding the Gospels

Actor Shia LaBeouf credited reading the Gospels as he prepared for leading role in Padre Pio with saving his life at a time when he was suicidal.

Back in 2021 LaBeouf’s career was in shambles as he faced numerous allegations including a lawsuit from a former girlfriend accusing him of abuse.

The actor says he was in an extremely dark place when he was offered a role in Padre Pio.

“I had a gun on the table. I was outta here,” the star told Bishop Robert Barron in an interview the DailyWire reported. “I didn’t want to be alive anymore when all of this happened. Shame like I had never experienced before — the kind of shame that you forget how to breathe. You don’t know where to go. You can’t go outside to get like, a taco. But I was also in this deep desire to hold on.”

That tenuous desire to claw back to a better place helped him take a role that could restart his career seriously—even when the director told him he would have to go to a Catholic seminary for research.

A Catholic Priest, Brother Jude, told him he needed to read the gospel to properly prepare for his role—and that became a life changing experience.

“It stops being this prep of a movie and starts being something that feels beyond all that,” he said. “The reach-out had happened. I was already there; I had nowhere to go. This was the last stop on the train. There was nowhere else to go — in every sense.”

“I know now that God was using my ego to draw me to Him,” LaBeouf added. “Drawing me away from worldly desires. It was all happening simultaneously.”

While he says the entire experience was something he desperately needed, he never would have taken the first step if he hadn’t thought, “Oh, I’m gonna save my career.”

Shia LaBeouf has denied allegations of sexual abuse in a lawsuit filed by former girlfriend FKA Twigs, but has openly admitted he has done plenty wrong over the years.

According to BuzzFeed, “Although LaBeouf is now sober, he said that when the allegations went public he ‘wanted to hit Twitter and be like, “Look, I got receipts.”’ Though LaBeouf did not name Twigs throughout the interview, he called the accuser a ‘saint,’ explaining: ‘Had she not intervened in my life and not created the avenue for me to experience ego death, I’d either have a really mediocre existence or I’d be dead in full.’”

A trial date has been set for LaBeouf to face his former girlfriend’s charges in 2021, but DailyWire reported the actor revealed in his interview with Bishop Barron that he’s already made significant spiritual progress.

“It was seeing other people who have sinned beyond anything I could ever conceptualize also being found in Christ that made me feel like, ‘Ok well, that gives me hope,’” he said. “I started hearing experiences of other depraved people who had found their way in this, and it made me feel like I had permission.”

Now he says his conversion to Catholicism has completely changed his outlook and future.