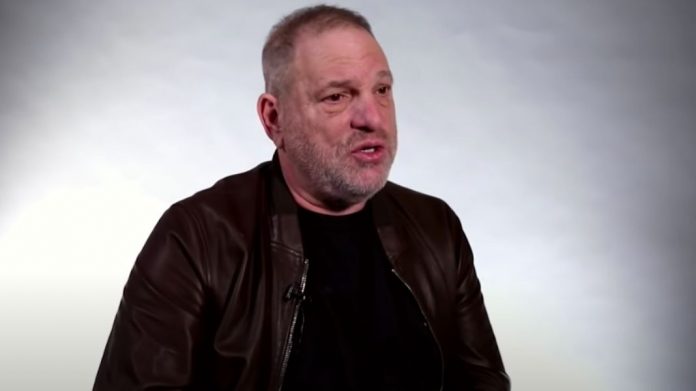 The world was in shock a couple years when Harvey Weinstein was exposed for being a serial sexual predator.

But those around him in Hollywood knew all along about his abuse and were fearful of being exposed themselves in the wake of his arrest.

And now Hollywood elitists are quivering in fear as Harvey Weinstein’s sex abuse case is back front and center.

The perversion of Hollywood isn’t exactly a well-kept secret.

But the left-wing elitists who infest Hollywood always stuck together, making sure they didn’t expose their pals who were up to no good.

Well, that all changed in 2017 when famed Hollywood producer and insider Harvey Weinstein was outed as nothing more than a sexual predator.

Reports started coming out about how he would use his position to lure women into one-on-one meetings with him where he would force himself onto them.

Ultimately he was arrested, found guilty, and sentenced last year to be behind bars for over 20 years.

This struck fear in many in Hollywood as they all knew for years of his sexual assaults and didn’t care to do anything about it.

Just look at how many times they referenced Weinstein blatantly for us all to see:

They were saying the quiet part out loud that we weren’t supposed to hear.

But now their fear is surging again as Harvey Weinstein is being extradited to California to face many more sexual assault charges.

After months of delaying his extradition after claims of health concerns by his defense team, the presiding judge of the matter said that there is no reason to prolong his pending case.

And after his defense team claimed that he needs to be in a state-of-the-art healthcare facility, the state’s attorney fired back, “It’s Los Angeles. It’s not some remote outpost that doesn’t have any sort of medical care.”

Now that his legal battle over heading to California is over, time will tell what comes out in those sexual assault cases.

The fact that so many in Hollywood were aware of his illegal and inhuman acts could get other famous names behind bars.