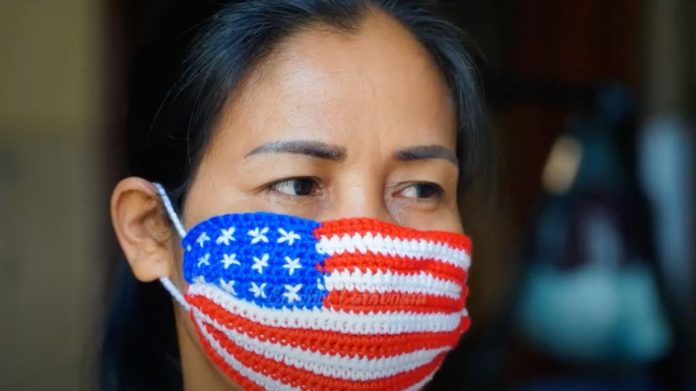 The Left no longer hides how superior they believe they are to everyday Americans.

For example, Hollywood celebrities were maskless at the Emmys but those who served them had a different set of rules.

In the ultimate “you are inferior” move, Hollywood’s elite waltzed through a sea of people at last weekend’s Emmys with no masks.

These are the same celebrities doing PSA’s demanding the average American “mask up.”

Many of these “elite” have jumped aboard the “discrimination train” calling out others in their own community for not wearing a mask.

But, clearly, masks didn’t go with their attire for the award show so they just ditched them altogether.

Well, the celebrities ditched them, that is, while the help still had to wear them.

Many on Twitter called out the celebrities for the lack of any coronavirus safety measures.

“The rich and famous can’t spread COVID. Masking is solely reserved for us peasants, vaccinated or not,” one Tweet read.

Another asked the question, “Why is it that only ‘the help’ have to wear masks at the Emmys?”

No doubt A-list celebrities were putting their “do as I say, not as I do” beliefs on full display.

It was a very similar display of arrogant elitists at the recent Met Gala in New York.

These are some of the most powerful and wealthy people in the world, so they don’t care what the average American thinks.

It is all about them and what benefits them, not you.

And masking was never about safety.

These are the same people calling for children to “mask up” in school but not following those same orders when it comes to a glamorous night out on the town.

This comes on the heels of the San Francisco Mayor caught dancing in a club with no mask.

As Culture Watch News previously reported, just last week an asthmatic toddler and his family were kicked off a plane because the child was unable to keep his mask on.

The ideals of these celebrities are sick and twisted and they’re not even hiding them anymore.

They truly do not care what the world thinks.

It’s all about them.