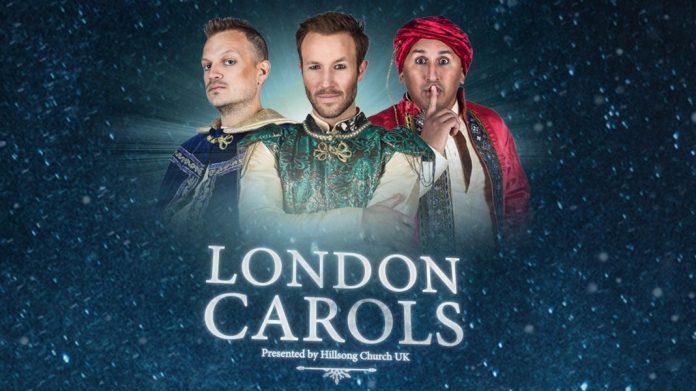 Popular megachurches keep pushing the boundaries during the holidays.

They invent new secular and “relevant” ways to get people in the church.

But Hillsong is now in hot water after its portrayal of the birth of Jesus.

Hillsong UK is one of many Hillsong campuses across the world.

This Christmas they are planning a live skit called “London Carols” to recreate the story of the birth of Jesus Christ.

However, in a promotional video, they depicted the three wise men greeting Jesus at an inn where there is a lot of drinking and dancing.

Hillsong branch in the United Kingdom has removed from YouTube a promotional video for its annual Christmas musical that depicted the wise men arriving at a Bethlehem inn to see the baby Jesus, and upon entering, finding an environment with much drinking and dancing just feet from the Christ child.

The “three kings” video promoted Hillsong’s “London Carols” program, scheduled for Dec. 16. According to a description of the production, the “extravaganza follows the timeless story of the three wise men as they travel through different continents and eras, from the plains of Africa, through to the golden age of rock and roll and a space-aged future on their quest to deliver gifts to the newborn King.”

The YouTube advertisement featured the three wise men arriving at the inn, singing the carol “We Three Kings of Orient Are” to announce their purpose to an eccentric woman who answers the door. As they are pulled inside, they find Mary, Joseph and baby Jesus—as well as much dancing and merrymaking, complete with patrons at the bar holding large mugs of beer and servers on top of tables.
…
The video has now been removed without explanation. The London Carols event is still on, with one of the shows being sold out.

Hillsong was forced to take down the promotional video due to backlash.

This isn’t Hillsong’s first rodeo with controversy of this type.

In 2014 during Hillsong UK’s “Christmas Carols” event, they had women dressed up as flappers from the 1920s dance to “Silent Night.”

In the same way, Hillsong removed the performance from YouTube, but you can watch a re-upload below.

And in 2016 Hillsong New York’s youth pastor dressed up as the infamous “naked cowboy” from NYC for their “Colour Conference.”

He displayed himself wearing only underwear, a guitar and the American flag.

Instead of making the holiday season about the birth of our Savior, Hillsong just wants to use it to make a quick buck and grow their church by appealing to Social Justice Warrior secularists.

And when they are called out on it, they deny anything happened at all.

Do you think Hillsong is going too far to appease their audience? Let us know what you think in the comments below.