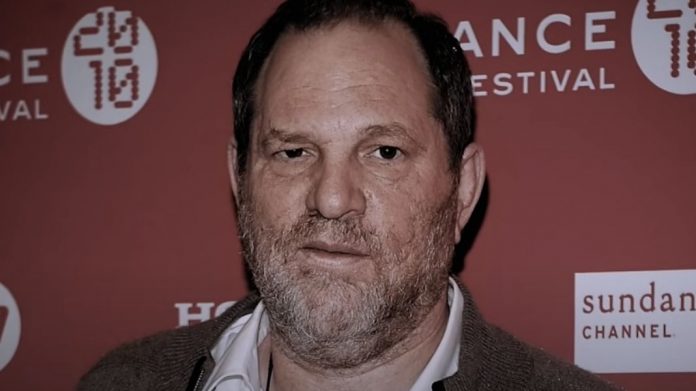 In her quest for power, Hillary Clinton has proven she is willing to do anything.

She has also been willing to associate with anybody to gain that power.

And Hillary Clinton’s old Hollywood friend just got charged with a sick crime.

Perhaps the biggest ally to the Clinton family has been the elites in Hollywood.

For decades, she has counted on the power players of Hollywood to raise millions upon millions of dollars both to her political causes, and her scandal-ridden Clinton Foundation.

Perhaps one of her biggest allies in Hollywood was Harvey Weinstein, the disgraced producer who is facing many accusations of sexual assault and rape, some of which he has been convicted of.

Weinstein has raised at least $1.5 million to support Hillary Clinton’s various political campaigns, and has given even more to their family foundation.

And as it turns out, Weinstein used his relationship with the Clintons to shut up accusers.

During his trial, Weinstein was accused of using his friendship with the Clintons to intimidate his victims, allegedly taking phone calls “every other day” with former President Bill Clinton while he was with his accusers.

Journalist Ronan Farrow also alleges that Weinstein used his relationship with Hillary Clinton to try to kill an exposé he wrote about him.

While Weinstein is already serving time in prison for the rapes and sexual assaults he has been convicted of, it turns out those are far from the only accusations he faces.

He was just hit with new charges on Friday.

With the addition of charges from two more women, he now faces 11 sexual assault counts involving five women in California.

If convicted, it will add to his 23-year prison sentence in New York.

Weinstein was diagnosed with COVID-19 earlier this year while serving time in a maximum security prison near Buffalo, New York.

His next extradition hearing is scheduled for December 11, which if granted, will allow him to face his crimes in a California court.

Hillary Clinton is also known for ties to Jeffrey Epstein, another prolific donor to her foundation.

She claims that relationship ended after his first charges came out in the early 2000’s.

But new information shows that her husband Bill had a private dinner with Ghislaine Maxwell, alleged to be Epstein’s pimp, in 2014.