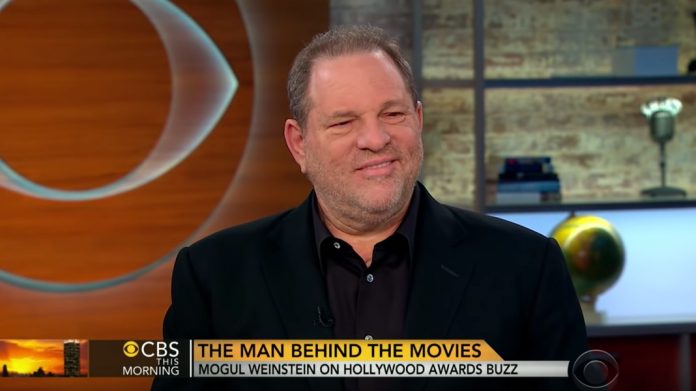 Accusations of decades-worth of sexual assaults against Weinstein launched the #MeToo movement.

And now he’s trying to get away with all of the sexual harassment and assault he committed through this dirty trick.

Weinstein’s legal team is pulling out all the stops to save him from prison.

When Harvey Weinstein’s disgusting actions were discovered, it turned Hollywood upside down.

Weinstein is one of the biggest producers of Hollywood movies.

Not only that, but he was a major financer of Democrat candidates and causes.

He was even a great friend of the Clintons.

Everyone agrees that Weinstein should pay for what he did to all of these women.

But the disgraced producer’s legal team is pulling dirty tricks that could get him off scot free.

Weinstein officially pleaded, “Not guilty,” to two new charges and his legal team issued an “11th hour maneuver” that is delaying the trial until January.

Weinstein entered the plea in a Manhattan courtroom.

Prosecutors had said the new indictment was needed to lay the legal foundation for “Sopranos” actress Annabella Sciorra to testify against Weinstein. She claims he raped her in 1993.

The disgraced movie mogul was also admonished by the judge for taking his cell phone out during the proceedings. After being warned not to do that again, Weinstein said, “Your honor…” before he was cut off by the judge who said, “It’s a court order. Don’t talk to me. Talk with your lawyers.”

Court papers filed by the defense called it an “11th-hour maneuver” that “raises significant legal issues” that could delay a trial first scheduled to begin early next month by several weeks.

It’s no surprise Harvey Weinstein has hired a slip-and-fall legal team that knows every loophole in the book.

Weinstein will no doubt use every last way to avoid paying for his sick actions and stay out of jail.

But the number of witnesses and evidence against him is staggering.

Once the trial begins, all the legal tricks in the book won’t be able to stop him.

And it will be a massive embarrassment for Hillary Clinton.

Harvey Weinstein and Jeffrey Epstein were both friends of the Clintons and are the two highest-profile cases of powerful elitists sexually assaulting minors.

Do you think Hillary Clinton knew about Weinstein’s actions and kept it a secret?