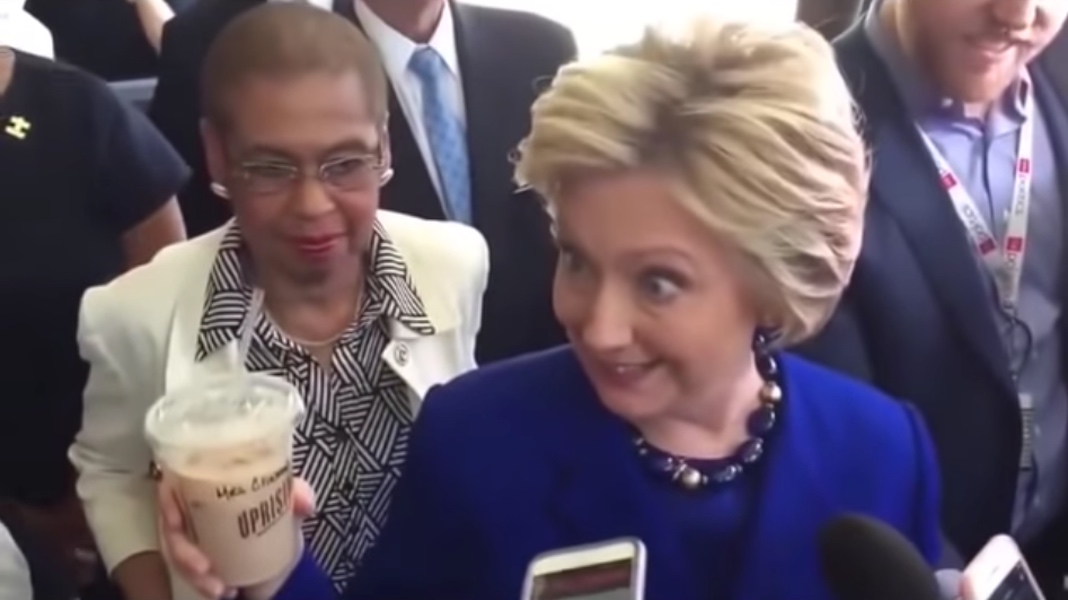 The 90s T.V. show “Murphy Brown” has been rebooted on CBS.

Show executives think they can attract viewers by attacking Trump and his supporters.

In the first episode, titled “Fake News,” Hillary Clinton made a cameo.

She couldn’t help herself but take a jab at President Trump, telling the audience we could have “had her” as president instead.

Hillary Clinton made a cameo appearance on Thursday’s premiere episode of the rebooted “Murphy Brown,” taking aim at President Trump — and making fun of herself.
The former secretary of state didn’t appear as herself, but instead played “Hilary,” a woman who spells her name with one “L” and who is sometimes mistaken for the former presidential candidate, Variety reported.

In the episode, Clinton’s character was wearing her trademark pantsuit as she arrives to interview for a secretarial position with title character Murphy Brown’s cable news show “Murphy in the Morning.”

Clinton even poked fun at herself with several references to her political career when Brown, played by Candice Bergen, asked if she had any secretarial experience.

“For four years I was the secretary … of a very large organization,” Clinton replied. “I do have some experience with emails.” And on the topic of how many people it takes to run a production, “Everyone works together, it takes a village.”

While Brown thought the applicant was “very impressive,” she was “maybe a little overqualified” and needed some time to think about the hire. Clinton left her a business card with the email address “Hillary at you could have had me dot.com.”

Talk about a sore loser.

Between her book “What Happened” and her antics on T.V. she still doesn’t get why voters rejected her twice.

But the 60 million Americans that voted for President Trump can tell her “what happened.”

She is out of touch with everyday Americans with her radical leftist lies and agenda.

So Hollywood continues to recycle lame anti-Trump attacks and play them off as “jokes.”
But it’s not working.

The Hollywood Reporter reported the Murphy Brown reboot pulled in half the ratings the Roseanne reboot did last year.

But Roseanne was pulled off the air because her character was a Trump supporter.