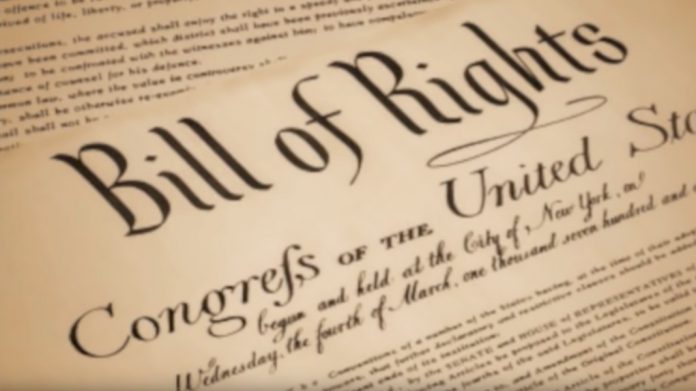 Over the last several years, the far-Left in America has become even more left than previously thought imaginable.

The Left has embarked on a mission to destroy America and everything that makes America the greatest nation on earth.

But a leading law professor just took it to a whole new level with a screed that will leave you spitting mad.

Harvard and Yale law professors just took a liberal rag and proposed dismantling the nation’s founding documents in pursuit of a “fresh” start.

Just watch a clip from any leftist riot, and you will almost always see them burning American flags and calling fundamental institutions like the Supreme Court and July 4th “racist”.

However the Left has an enemy that is almost as old as America itself, and that is the United State Constitution.

This hatred for America’s founding document was on full display in the New York Times the other day.

Last Friday, the notoriously anti-American New York Times published an essay called “The Constitution Is Broken and Should Not Be Reclaimed,” which was penned by law professors Ryan D. Doerfler of Harvard and Yale’s Henry R. Luce Professor of Jurisprudence, Samuel Moyn.

Throughout this essay, these two professors confess their hatred for America and the American Constitution.

They go on to say,” One way to get to this more democratic world is to pack the Union with new states. Doing so would allow Americans to then use the formal amendment process to alter the basic rules of [politics] and break the false deadlock that the Constitution imposes through the Electoral College and Senate on the country, in which substantial majorities are foiled on issue after issue.”

There you have it, the Left’s battle plan to impose Marxism on the United States.

The real reason why Democrats loathe the Constitution

Democrats despise the Constitution for a couple of fundamental reasons.

For one, it limits the power of the federal government, which is the antithesis of leftist political theory.

Second, it gives rights to the people first, then state governments then the federal government.

This is the exact opposite of how liberals view federalism.

Essays like this from professors who rarely leave their ivory towers show why the Constitution needs to be protected, and even better enforced, at all costs.

Young minds are being spoiled by this dangerous Marxist fundamentalism and any politicians who claim to agree with this sort of dismantling should be flatly rejected by voters.

In the classical sense, there is nothing “liberal” about the far-Left in America.

They are Marxists whose ideas must be thrown into the ash heap of history.