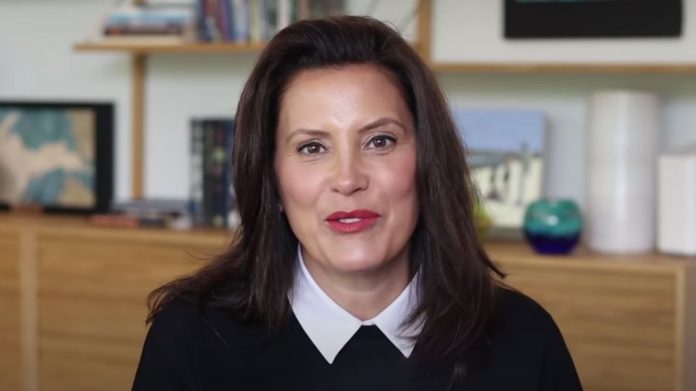 Governor Whitmer made herself the queen of tyrannical lockdowns.

As a result, Michigan has been devastated by her hamfisted authoritarian rule.

But Governor Gretchen Whitmer just got caught taking a trip to Florida after demanding that her constituents stay home in lockdown.

No one has had more of a fetish for lockdowns in this nation than Gretchen Whitmer.

Every chance she got, she shut down her state and restricted her constituents in ways that were only rivaled by states like California and New York.

Her lockdowns have been so strict that stores in Michigan were not even allowed to sell gardening supplies to their customers.

But no matter how ruthless she was with the lockdowns, Whitmer couldn’t control the spread of the coronavirus.

But the one thing she did manage to do is ruin Michigan’s economy.

Thousands of businesses are now closed for good in Michigan thanks to Whitmer.

And even more of her constituents have lost their jobs and feel hopeless about the future.

But her lockdowns are still in place.

And she has demanded that residents of Michigan stay home.

However, that rule doesn’t apply to herself.

Michigan’s Information & Research Service News found out that Governor Whitmer actually took a trip to Florida during her lockdowns.

And when addressed about the questionable trip, Whitmer’s spokeswoman claimed:

The Governor did not go on spring break, and she has not left the state in over a month. In the past six months she has left the state three times, once for the inauguration, once to assist her elderly father who is battling a chronic illness, and once to visit with Michigan’s National Guard troops. All trips were very brief, two full days or less, closely followed public health guidelines, and were made when Michigan’s daily positivity rate was in the low single digits. Due to ongoing security concerns, we will not comment further on the governor’s personal schedule. A little more context, her dad was fully vaccinated and the governor is tested regularly and has never tested positive for COVID. The trip was not paid for at taxpayers’ expense.

The Governor’s office previously claimed that she did in fact go to Florida but later retracted the statement.

And to put the icing on the cake, Whitmer went on Meet The Press last month and blamed the recent spike in COVID cases in her state on her constituents for traveling to Florida.

Just another leftist politician forcing us to live under tyranny while they go by a different set of rules.