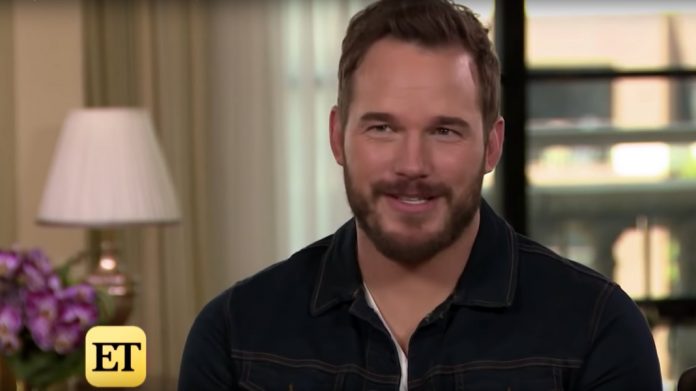 The Democrats and the Hollywood Left made their war on Christianity and all that is good very apparent.

Constant attacks on Christians from the party of so-called “unity” are becoming more prevalent and vicious.

But God-fearing Hollywood star Chris Pratt’s latest puts things into perspective and it has leftists losing their minds again.

And Chris Pratt has triggered the Left once again.

Chris Pratt celebrated the birth of his “healthy” daughter on social media and the Left launched.

Leftists who lurk on Pratt’s social media pages, looking for something to trigger their rage, found the message about his healthy baby and beautiful wife disrespectful to his previous wife Anna Faris and their son Jack.

“Guys. For real. Look how she’s looking at me! I mean. Find you somebody that looks at you like that!! You know!? We met in church. She’s given me an amazing life, a gorgeous healthy daughter, she chews so loudly that sometimes I put in my earbuds to drown it out, but that’s love! She helps me with everything,” Pratt’s Instagram message read.

These outrage Olympians began questioning if Pratt had forgotten his other child, which of course he hasn’t but the Left will find anything they can to attack a God-fearing man.

One user said, “it’s the part about the ‘healthy’ daughter that is messed up.”

The comments were vicious and uncalled for.

Pratt responded to the attacks with another post saying he felt “upset and depressed” about the ordeal.

The actor went on to say he went for a run in the woods and found comfort by playing Christian music from his playlist.

“I knew that if I put on my Christian music playlist and I got out in the woods and ran, that I’d feel better. But I just didn’t want to,” Pratt said.

He did, however, go for that run to clear his mind and worship the Lord.

“Gosh was I right! It felt amazing!” Pratt commented. “God sat there right next to me.”

Pratt should be commended for fearless way of presenting the love of Christ to the world despite the vicious attacks by the Left.

Pratt added, “Get some exercise, maybe listen to some good worship music and or maybe get the Word in because it really helped me this morning.”

This broken world is in desperate need of more public figures like Chris Pratt sharing the love of Jesus.