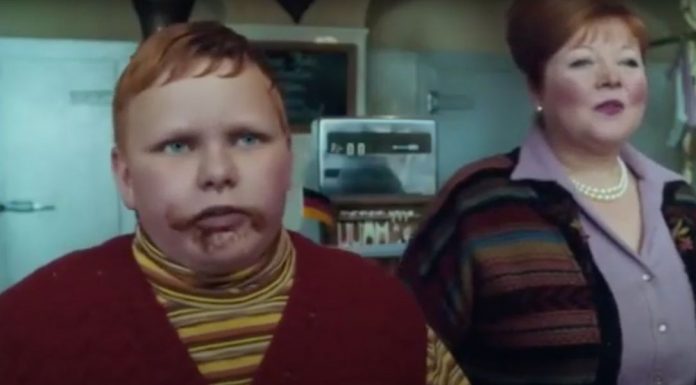 The best way to leave this world is something many have pondered.

And a duo from Pennsylvania just came close to discovering what has to be one of the best.

Because Augustus Gloop just showed up in real life.

Rescuers were called in to save M&M employees acting out a scene from Willy Wonka’s Chocolate Factory.

Americans have been stuck with three things in life – ineffective government, taxes, and death.

But in some ways you can control all three.

We can elect those who will run a more efficient government or at least vote to limit Uncle Sam’s spending glut and corruption.

And for taxes, there is always a politician talking about how much we get taxed or what to tax.

As for how to leave this world, that’s something most everyone has at least thought about.

Heck, there is even a disturbing industry around making your dying wishes a reality.

In Switzerland you can attach a suicide pod to your car and pick whatever view you would like to take your life.

But on a lighter note, two workers in Pennsylvania just came close to discovering one of the best ways to depart this world – at least for chocolate lovers.

In total, nearly two dozen emergency personnel were called in to rescue the two workers trapped in what looked like the scene out of Willy Wonka’s Chocolate Factory where German boy Augustus Gloop went for a trip down the chocolate river.

If you’re a chocolate lover, when you have to go, why wouldn’t you choose to go by floating around a pit of chocolate?

“It could have been a life-threatening situation, just based on what needed to be done to get them out,” one of the rescue workers Edna Kline told Pennsylvania station WGAL-TV.

Thankfully the two men escaped and are sure to have one heck of a story to tell.

Meanwhile, the Occupational Safety and Health Administration is investigating the incident, WGAL-TV reported.