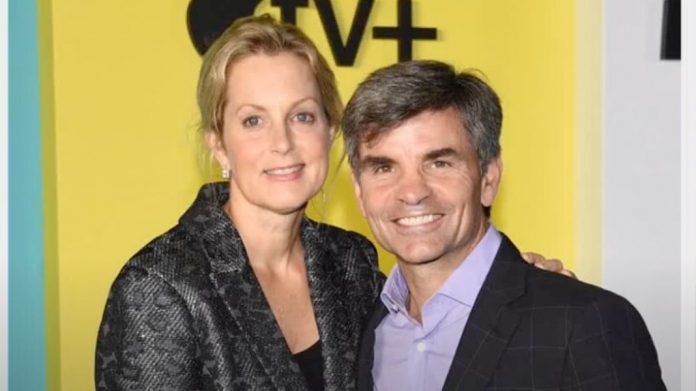 Most parents worry about the differences between Rated PG and PG-13 movies.

And what George Stephanopoulos’ wife admitted to watching with her daughters will leave your jaw on the ground.

George Stephanopoulos is a well-known chief news anchor and political correspondent on ABC News, a co-host along with Robin Roberts and Michael Strahan on Good Morning America, and host of This Week, ABC’s Sunday morning current events and news program.

He is, by all accounts very well-known, and very liberal.

But most people don’t realize that Stephanopoulos’s wife is somewhat famous in her own rights.

Alexandra Wentworth, known as Ali, has been married to George Stephanopoulos since 2001. She is an American actress, comedian, author, and producer. She has even been in a few shows here and there and has a small following of fans.

But she is about to be a lot more famous, and not for good reasons.

A problem that involves her teenage daughters!

And her latest admission has most Americans wondering whether the Stephanopoulos family knows what’s in your kids’ best interests.

Or even their own.

In a recent interview with Will & Grace’s radical leftist actress Debra Messing, Ali Wentworth opened up about some of her insane parenting methods, including some truly bizarre methods of teaching her kids about pornography.

Most parents of course use the correct strategy of staying vigilant as parents and educating their children about the dangers of pornography.

Namely that it is a disgusting, corruptive, and addictive medium, which profits off violent exploitation of women and has been linked to both drug and sex trafficking.

Not to mention it is a completely unrealistic view of sex and leads to more dysfunction and intimacy issues than almost any other thing.

Wentworth, apparently a sometime comedian, explained that this was a way in which she could “provide context about the practice” to her minor children.

Her excuse that the kids are going to do it anyway is truly one of the lamest excuses any parent can use and is usually only used by parents who have no interest in, well, being parents.

Her excuses are simply her way of surrendering her children to the world’s corruptive influences.

Go ahead and contribute to an industry that utterly destroys the dignity of the performers, turning them into nothing more than a sexual commodity.