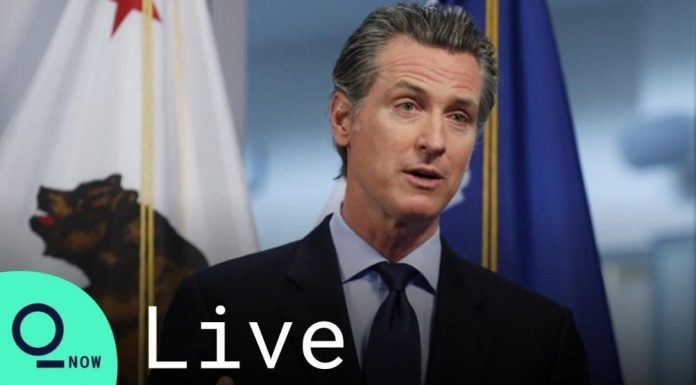 The unthinkable could happen in just a few weeks in California.

California, the most radical leftist state in the nation, could have a conservative Governor.

And Gavin Newsom and leftists are in full panic mode as they try to get Hollywood to save California from a conservative Governor.

And it’s not just because of the COVID tyranny we are all living in.

California is having a recall vote in just a few short weeks and there is a real chance that a true conservative could replace Gavin Newsom as governor.

Newsom has been in the hot seat for his COVID tyranny and his obsession with breaking his own rules.

Who can forget when he dined at a fancy restaurant while forcing the average Californian to hunker down in their homes because of his COVID tyranny.

Will not vote for a guy who enjoy a YES French Laundry while other people were suffering! pic.twitter.com/e1c5QDzA51

But now as the polls show the recall vote to be in a dead heat, Newsom and leftists are starting to freak out.

And now they are calling out their big guns to keep their grip over California.

Newsom and the Left are trying to get every Hollywood leftists to help out to make sure they win the recall vote.

Leftists like John Legend and George Lopez are going to bat for Newsom.

Don’t DeSantis our California. Reject the ridiculous recall. Vote No and return your ballot by 9/14.

The Hollywood Reporter is even claiming that Newsom’s campaign is so desperate that they have reached out to Snoop Dog to get the message out to his fans to vote “No” during the recall vote.

But no matter how many Hollywood elitists Newsom gets to help him out in the upcoming recall vote, they may not convince the scores of concerned citizens who are fed up with Newsom’s tyranny.