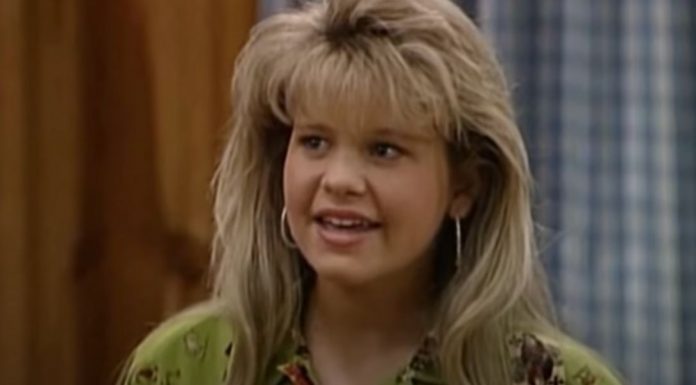 That makes the Full House star a huge enemy in leftist Hollywood.

But there are a few within the industry who openly push back.

Bure recently needled the Left by opposing the vaccine mandates, and now she skewered the “woke” Left with three words.

Conservative commentator Allie Beth Stuckey wrote a lengthy Twitter thread explaining how the radical Left poses the greatest threat to the country, and Bure endorsed her by saying, “Everything you said.” 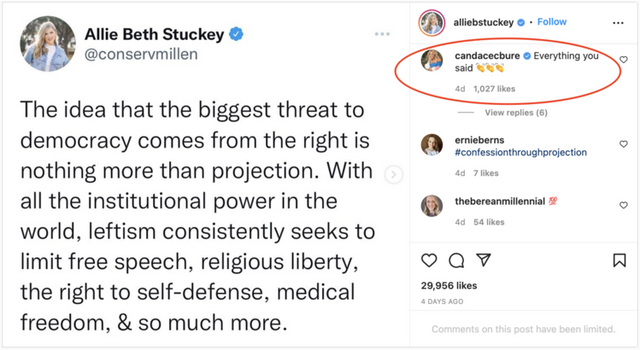 Stuckey also wrote in her thread:

“Take a gander at the world right now and see where people’s rights to work, travel, and move freely are being trampled on. See where parental rights & the rights to free speech & worship are being constrained. Are these right-wing nations? No. They are ‘progressive.’”

The idea that the biggest threat to democracy comes from the right is nothing more than projection. With all the institutional power in the world, leftism consistently seeks to limit free speech, religious liberty, the right to self-defense, medical freedom, & so much more.

Expressing any support for conservative ideas can be career suicide for anyone in the entertainment industry who wants to operate within the mainstream.

Actor James Woods was dropped by his agent for supporting Donald Trump on Twitter, and Mumford & Sons banjoist Winston Marshall quit the band essentially because he caused a “scandal” after showing support for a book written by right-leaning independent journalist Andy Ngo.

“[I]f you’re scared for the future of democracy, look at those in power actually taking away people’s freedoms. If the only ‘freedom’ you care about is the right to kill a child, and the limitation of that freedom is what you consider authoritarian, then evaluate your worldview.”

This is undoubtedly correct.

Between media bias, Big Tech censorship, and the deep state, the Democratic establishment is clearly the greatest threat to the loss of liberty in America.