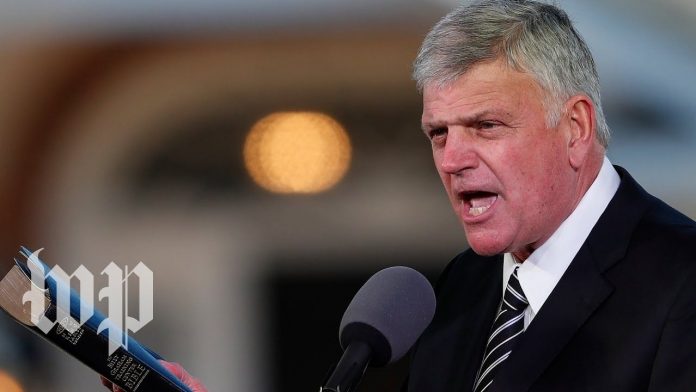 Many know Franklin Graham as the renowned preacher.

But few are aware of his obsession with fast food.

Franklin Graham might love all fast food but the man can’t get enough of the holy chicken.

It’s unquestionable that Franklin Graham’s ministry has touched the hearts of countless people.

But what a lot of people don’t know about Franklin Graham is his obsession with American fast food.

He just can’t get enough.

The man might have God first in his life but any fast food meal has to be a close second for the renowned preacher.

Today I was in FL & we met my daughter @CissieGLynch at @PandaExpress for lunch. It was great! I wish we had one where I live in Boone, NC. It’s the home of @AppState & I know it would go over HUGE here. Their biggest problem would be having enough food for all the customers! pic.twitter.com/0Ez9TPXL9w

Graham may have even traveled to the United Kingdom just to get a McDonald’s Fried Apple Pie.

I’M CALLING ON MCDONALD’S TO BRING BACK THE FRIED APPLE PIE IN AMERICA! I just arrived in Sheffield, UK, where I’ll be preaching this week & my 1st stop was—you can guess where—their local @McDonalds! Yes, I had my Quarter Pounder with cheese—& of course a fried apple pie. pic.twitter.com/GHvTXpJa2t

But the preacher’s latest showing of support for fast food was for the holy chicken at Chick-fil-A.

He congratulated the fast food giant on their 8th award for being selected as American’s favorite fast food joint.

Anyone can see why Franklin Graham would be a Chick-fil-A fan.

They got some bomb chicken, and the company long-known for taking their Christian faith seriously shows it with some of the best service in town for their fellow man.

I witnessed a @ChickfilA employee scrape ice off of a customers back window in the drive through this morning. You can’t beat that customer service. pic.twitter.com/dPdDLgNBTc

But Franklin Graham needs to slow down on fast food before he catches some diabetes.

Even the holy stuff will raise your fat and sugar numbers.