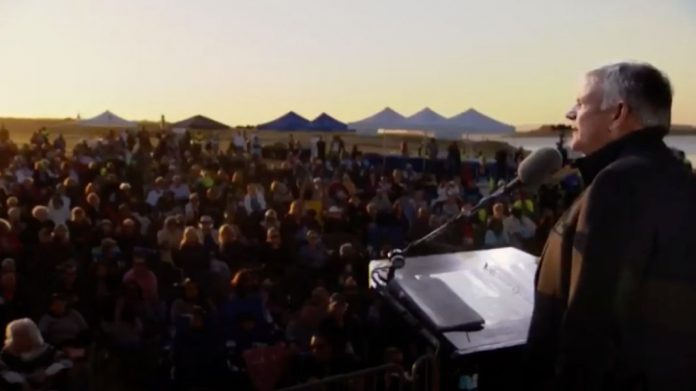 While much of the world wants to shame Christians, Franklin Graham is unapologetic in his faith.

The evangelical leader refuses to cave to the mob.

And he just blasted the Supreme Court after they launched an assault on Christianity.

Most Christians are up in arms following the recent decision from the Supreme Court to extend protections in the Civil Rights Act to transgender people.

Despite its wide-ranging implications, the Trump-appointed Justice Neil Gorsuch and Chief Justice John Roberts sided with the Left on this issue.

“People of sincere faith who stand on God’s Word as their foundation for life should never be forced by the government to compromise their religious beliefs,” Graham, son of late evangelist Billy Graham, wrote. “Christian organizations should never be forced to hire people who do not align with their biblical beliefs and should not be prevented from terminating a person whose lifestyle and beliefs undermine the ministry’s purpose and goals.”

He went on to argue that the religious freedom of Christians deserve to be protected, and that the Supreme Court cannot overturn the Word of God.

“As a Bible-believing follower of Jesus Christ, my rights should be protected. Even if my sincerely held religious beliefs might be the minority, I still have a right to hold them,” he wrote. “The same holds true for a Christian organization. These are the freedoms our nation was founded on. The Supreme Court does not override and will never overturn the Word of God.”

Graham went on to point out that everybody will have to stand before God one day, and he doesn’t care what the Supreme Court rules on deciding what is right and wrong.

“One day we will all have to stand before God, the Righteous Judge, whose decisions are not based on politics or the whims of culture. His laws are true and are the same yesterday, today, and forever,” finished his post saying.

Just as our rights don’t come from Government, what is right and wrong isn’t dictated by them, it is dictated by God.

And everybody will have to stand before God and answer for their decisions made while on the earth.

Do you think the Supreme Court’s recent decision was right or wrong?