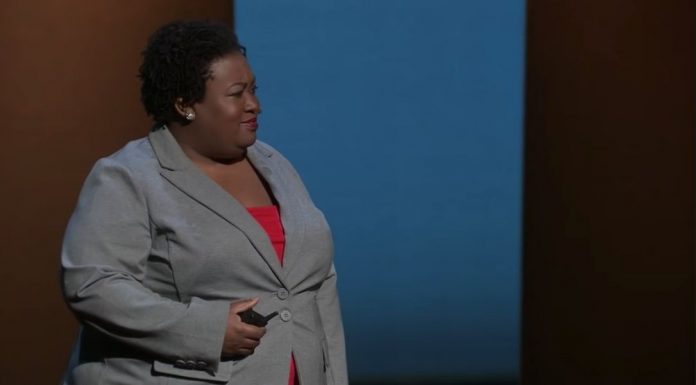 Leftists are the first ones to preach peace but then when you turn around they will do anything they can to destroy you.

And here is just another example that The Woke Mob doesn’t want to ‘coexist’.

Because a fat black professor at one of the most prominent colleges in America claimed online that people need to take these white “motherf#ckers out”.

You can usually tell who would be the first one in the parking lot to cuss you out for having a Trump hat on by just looking for a Subaru with a coexist bumper sticker on it.

Over the past decade leftists have portrayed themselves as the compassionate ones.

But over the past several years we realize that’s anything but the case.

Nothing says compassion like forcing a two-year-old toddler who suffers from asthma attacks to wear a mask on an 8-hour flight and suffocate to death or force him off the plane.

SHOCKING: American Airlines kicked a 2 year old boy with asthma off a plane and had police waiting for him + his mom because a power tripping flight attendant Carl lost his humanity. The last thing you’d do to a child suffering from an asthma attack is force a mask on them. pic.twitter.com/UEbUTQPPyt

And only the compassionate ones fire and throw lifelong state troopers who have risked their lives for decades out on the street because they won’t take a shot.

So much love and compassion by the Left.

But now they aren’t even trying to hide behind the fake coexist motto.

One fat black leftist professor, who looks like she just raided your local Golden Corral, called white people “villains,” and said “we got to take these motherf#ckers out” during an online conference.

Rutgers University professor Brittney Cooper was eager to tell the viewers on a webinar called “Unpacking The Attacks On Critical Race Theory” that white people are a problem that need to be dealt with.

And later she stated, “The thing I want to say to you is, ‘We got to take these motherf#ckers out,’ but, like, we can’t say that.”

Rutgers professor: "White people are committed to being villains," "We gotta take these MF'ers out."

This professor spewed hatred on a YouTube video with @TheRoot. pic.twitter.com/QrGsv77CCC

Don’t worry it’s not like she is teaching students at one of the most prominent universities in America.