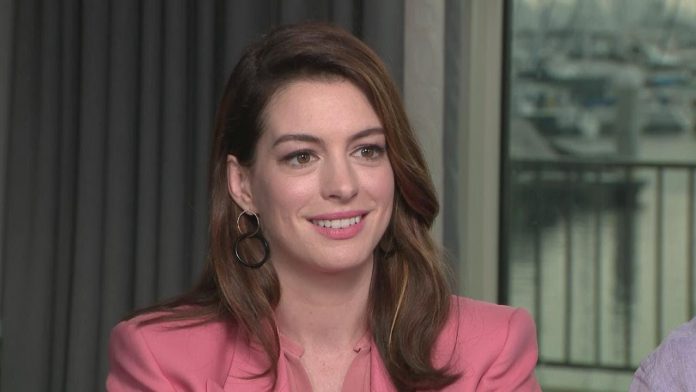 Hollywood leftists have turned into a parody of themselves.

The neverending game of “woke” one-upsmanship would be funny if the consequences for society weren’t so dire.

Now one far-left actress just apologized for this jaw-dropping reason.

Anne Hathaway is in contention for the queen of “woke” in Hollywood.

She once chastised white women for being pro-life, claimed that “all black people fear for their lives daily in America,” and once stated she wanted to “tear this world apart and build a better one.”

Hathaway’s virtue-signaling is already off the charts, and now she’s piling it on by apologizing for her latest role.

In the latest remake of The Witches, Hathaway plays the Grand High Witch who has a three-fingered hand as opposed to cat’s claws as described in Roald Dahl’s source material.

Hathaway was thus scolded for playing a character with “limb differences.”

She apologized in a statement saying, “As someone who really believes in inclusivity and really, really detests cruelty, I owe you all an apology for the pain caused. I am sorry. I did not connect limb differences with the GHW when the look of the character was brought to me; if I had, I assure you this never would have happened.”

The Lucky Fin Project, an organization that aids people with “limb differences,” accepted her apology and responded, “Anne Hathaway has made an apology. This is a step in the right direction. This is a teachable moment. Let’s not strive for a ‘Cancel Culture’ but an educated, inclusive, empathetic, and empowering one. Forward together is how we all learn and rise.”

It’s preposterous that Hathaway should be scolded for playing someone with “limb differences.”

That argument would carry forward for witches who have large noses and skin maladies.

That “halo” effect often means that the juiciest, most complex roles go to the “oppressors” in the intersectional stack.

Leftism is collapsing in on itself in Hollywood.

There’s a split as to whether or not it’s okay for a “cisgender” man or woman to play a transgender character, or if an able-bodied person can portray someone with special needs.

The Left has discussed logic and reason, and all that remains is an endless list of rules that must be followed.