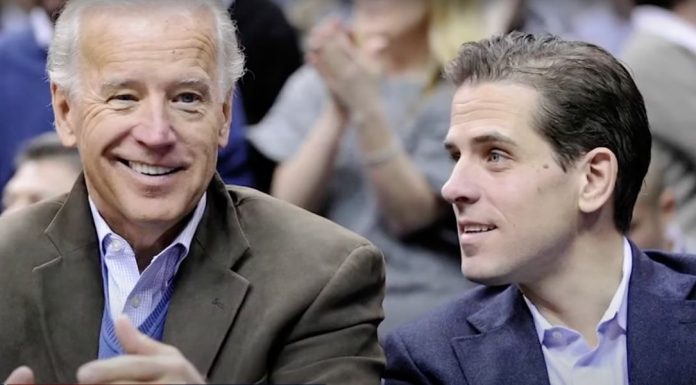 We all know that the Biden family has committed very questionable acts.

But now even those in the music industry are starting to call out the Bidens.

It’s unquestionable that Washington, D.C. is filled with crooks and criminals.

Just look at all of the Congressmen who get caught doing insider trading.

And we all know that their kids are often a heck of a lot worse liars and criminals.

The testimony didn't come from Trump's political enemies, instead it was a "series of confessions" from his own staff.
– Rep. Liz Cheney pic.twitter.com/ElqQtCtTsF

But no political crime family comes close to the Bidens.

You have to give him credit for figuring out how to make $11,000,000 for arranging meetings and giving advice to a Ukrainian gas company with his undergraduate degree in history from Georgetown.

FLASHBACK: Here is the email of a Burisma executive thanking Hunter Biden for arranging a meeting with his father in April 2015

In December 2015, Biden flew to Kyiv and demanded the President of Ukraine to fire the Ukrainian prosecutor general pic.twitter.com/leOEFmJGJR

And you can’t forget about his financial dealings with the Chinese Communist Party.

Here's an email from Hunter's associate saying that Biden agreed to pay Hunter's legal bills for a deal with China. pic.twitter.com/oBYVERTZJI

But to put the icing on the cake, Hunter loves to hang out with crack hookers while weighing out his cut.

🇺🇲 | Video leaked directly from the iPhone iCloud of Hunter Biden, Joe Biden's son, shows him arguing with a woman over the amount of cocaine he was buying.

Hunter is investigated by the FBI for money laundering. pic.twitter.com/oMP13dhfwL

It would be cool to see him give those pronouns at a meeting with “the Big Guy’s” Vice President.

But Hunter Biden is a class act.

Instead he manages to get his dad and the entire United States Congress to fund free crack pipes.

And now America’s favorite first son has his own rap song dedicated to him.

But he just dropped a new song titled, “P3D0 P3T3R BOY” and its definitely worth a listen.

You know the end is getting near for Joe Biden when the Big Tech Giants allow videos like this to stay up on the internet and be shared.

Just a few months ago content like this would have been banned from nearly every platform online.