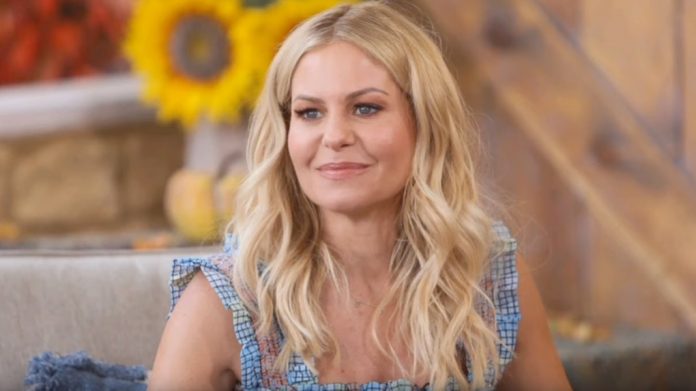 Rarely do Hollywood elites post anything about the Bible or religion.

But one actress tried to appear religious and epically failed.

And now the famous actress is apologizing after she made a Holy Spirit-themed Bible video that some are calling “seductive.”

The only thing more rare to see in Hollywood than a conservative is a Christian.

Christianity hasn’t been a pivotal part of Hollywood since the ‘50s when Charlton Heston starred in The Ten Commandments.

Ever since those days, you won’t catch any mainstream Hollywood elites anywhere near a church or a religious movie.

But in either a lapse of judgment or enlightenment, one popular actress decided to portray herself as a Christian online.

Candace Cameron Bure is most known for her star role in Full House as D.J. Tanner.

Since then, she has been in other roles around Hollywood.

But she made some buzz when she posted a video on TikTok of her dancing with a Bible with a message about the Holy Spirit.

In her attempt to be religious, she failed epically.

Her video was criticized by many of those in faith as being too sexualized and seductive.

She later went back on social media to post a video apologizing for the video.

I usually don’t apologize for these things but a lot of you thought it was weird and I’m sorry. That was not my intention. I was using a very specific clip from TikTok and applying it to the power of the Holy Spirit, which is incredible. And so many of you thought that I was trying to be seductive, which clearly means I’m not a very good actress because I was trying to be strong, not sexy or seductive.

Watch the video below along with her apology and see what you think.

Actress Candace Cameron Bure apologized to fans for a TikTok where she holds a Bible and lip syncs to a Lana Del Rey song. https://t.co/5hWjO57ham pic.twitter.com/nxueMBjyil