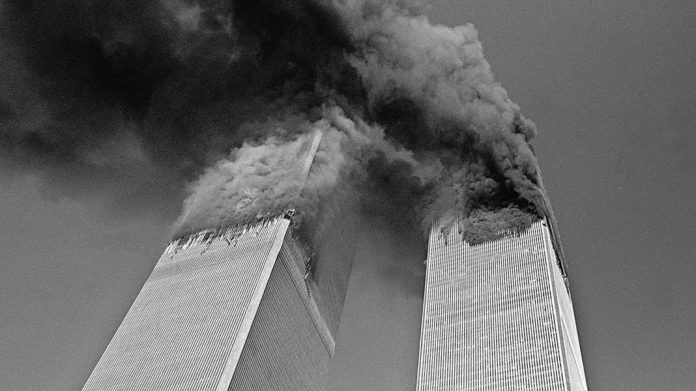 This year marks twenty years since the horrific terrorist attacks of September 11, 2001.

Many can still tell you where they were and what they were doing on that September day.

And the families of 9/11 victims have something to say to the leftists comparing it to the January 6 event.

There is no doubt that the terrorist attacks on September 11, 2001, forever shaped America and those who were alive to see it unfold.

In what can only be described as callous and downright idiotic, several left-wing commentators have compared the attacks of 9/11 to what happened at the U.S. Capitol on January 6 of this year.

This absurd comparison has infuriated families of those who lost their lives as a result of the deadliest attack on American soil.

House Speaker Nancy Pelosi has called for a “9/11-style” commission to investigate the Capitol riot.

“To me, though there was less loss of life on January 6 – January 6 was worse than 9/11 because it’s continued to rip our country apart and give permission for people to pursue autocratic means,” Dowd stated during an interview with MSNBC.

The mere idea that someone would try to compare the two is nauseating.

These statements are offensive to those who lost their lives on 9/11 and their families.

Disgraced Lincoln Project co-founder Steve Schmidt agreed with Dowd that the January 6 Capitol riot was worse than the 9/11 terror attacks.

“He couldn’t be more right. The 1/6 attack for the future of the country was a profoundly more dangerous event than the 9/11 attacks. And in the end, the 1/6 attacks are likely to kill a lot more Americans than were killed in the 9/11 attacks, which will include the casualties of the wars that lasted 20 years following,” Schmidt said of Dowd’s assessment.

Not that anyone believes anyone from the embattled Lincoln Project says anything worth listening to, but still, the thought of it is disgraceful.

The 9/11 attacks involved innocent passenger-filled planes being flown into the Twin Towers in New York City, another into the Pentagon in Washington, D.C., and a fourth crashed into a field in Pennsylvania.

Families of 9/11 victims have begun to speak out and are, not surprisingly, outraged over the comments and that such a comparison would even be made.

“Are they kidding me? 3,000 people died, plus we have more people dying from the air that was down there. They’re comparing it to score points politically. The families are really [angry]. When I talk to them, when they compare it to that, they find that outrageous,” said Deputy Fire Chief Jim Riches, who lost his son on 9/11.

Debra Burlingame lost her brother during the September 11 terrorist attacks and says that people making these comparisons are minimizing what actually happened on that day twenty years ago.

“When you have all these comparisons and analogies, which are inflated and ridiculous, it minimizes what actually happened, and that’s what’s happening here. It’s a deliberate ploy,” Burlingame stated.

The radical Left is politicizing the events of September 11 and trying to make what happened on January 6 appear far worse than it was in order to gain votes.

It’s disgusting, but frankly not shocking, that these people would so callously dismiss the tragic loss of life that occurred on September 11, 2001.

No doubt this is all nothing more than a game to the Democrats, and those innocent lives lost are of no importance to them, so long as they maintain power.