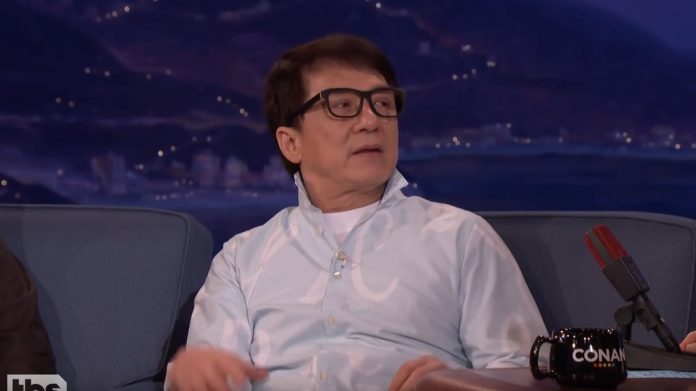 Jackie Chan used to be one of the most beloved actors in Hollywood.

But now we all know where his true interests lay.

Famed actor Jackie Chan turns his back on the United States with this statement.

Fewer people have had a more successful career in Hollywood than Jackie Chan.

Chan got his start in acting with many successful movie hits in Hong Kong.

And in the late 1990s, his fame spilled over into America with consecutive box office hits like Rumble in the Bronx and Shanghai Noon.

Ever since then he has been in numerous Hollywood hits like the series Rush Hour and Around the World in 80 Days.

And during his successful run in Hollywood, he put on the persona that he loved our nation and everything about it.

Well, lo and behold, he actually would rather become a communist than enjoy America’s freedoms.

Chan started to turn heads last month when he headlined an act for the Chinese Communist Party’s 100th year celebrations in Beijing.

But now he just took his love of Communist China to a new level.

He continued by saying, “I can see the greatness of the Communist Party of China. It does what it says and delivers what it promises. What they set out to do in 100 years, they achieved in a few decades.”

Chan happily took every opportunity he had to make big bucks in the comfort of Hollywood but now that he has made his mega millions he wants to become a communist in China.

At least now we all know that Chan is a-okay with the Communist Chinese Party murdering and executing over 80,000,000 over the years through their numerous genocides.