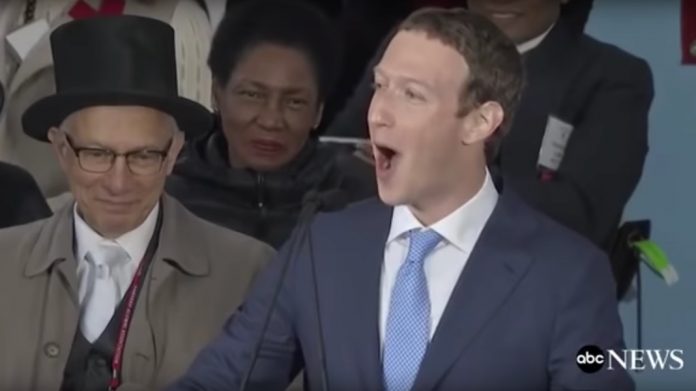 It’s no secret that Silicon Valley doesn’t like conservatives.

But now Facebook just got caught doing this one thing to the pro-life movie about Kermit Gosnell.

The filmmakers of the movie “Gosnell: The Trial of America’s Biggest Serial Killer,” say that Facebook has prevented them from promoting their movie.

Phelim McAleer, a producer on the film, said that supporters have tried to pay to “boost” the ads on Facebook but have been rejected.

“The Silicon establishment do not want this story told,” Phelim McAleer, a producer of Gosnell: The Trial of America’s Biggest Serial Killer, told The Federalist.

Supporters of the movie, McAleer said, tried paying to “boost” several posts about the movie but were rejected. They even tried boosting a post from a mainstream outlet.

“They [Facebook] simply state it’s not been approved and to check their standards, but it does not give you a specific reason why this post could not be promoted at all to a wider audience,” McAleer said. “It’s clear it is the pro-life audience that they don’t want to encourage or provide content to. They really hate anyone who doesn’t subscribe to the liberal world view.”

Without Facebook’s help, many people who might want to see the movie don’t even know about it.

“Facebook is essentially silencing these children and women whom Gosnell murdered,” McAleer told The Federalist. “This is content journalists should be covering but Facebook is putting their thumb on the scale because they do not like the content. … As independent filmmakers, we have a limited budget and Facebook was a mainstay of our outreach efforts.”

At best this is a poor decision by one Facebook representative to block the ads.

At worst, this is a blatant example of Silicon Valley blocking any and all conservative content.

When the Gosnell story originally broke in 2010, the liberal media ignored it until pro-lifers forced them to acknowledge the horrors Gosnell committed.

More recently Twitter banned Rep. Marsha Blackburn (R-TN) from promoting a pro-life ad for her U.S. Senate campaign because it had the words “baby body-parts” referring to Planned Parenthoods sale of babies’ body parts to buyers.

And as we reported, NPR turned down a six figure paycheck so that the movie wouldn’t be advertised.

Their bias runs deeper than that, however.

The Federal Election Commission shows that more than $2.4 million dollars from Google, Facebook, and Twitter employees has been donated to candidates during the mid-terms.

That means Silicon Valley tech employees – the ones holding the keys to the algorithims – donate nearly $13 to Democrats for every $1 donated to Republicans.

This is all evidence that Silicon Valley wants to suppress conservative thought from public consumption.

Do you think Facebook should stop censoring ads for the Gosnell movie?