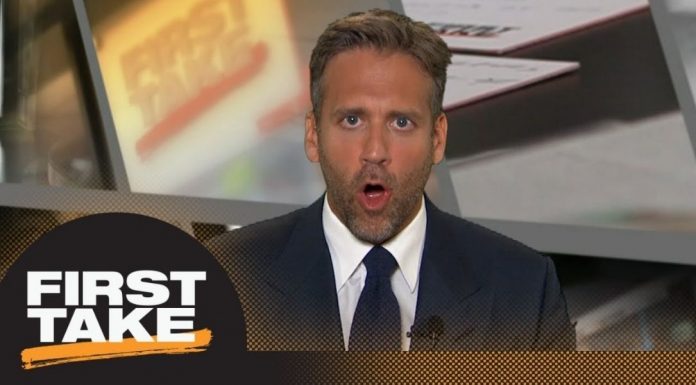 Americans used to look to sports to escape from the politics of the day.

Unfortunately, over the last few years, sports commentators and reporters have decided to jump into the political arena, causing a number of viewers to change the channel.

And ESPN is at it again, and this time the claims of racism are even more bizarre.

ESPN just can’t seem to figure out why the network’s ratings keep dropping.

The network seems blind to the fact that people don’t want to turn on a sports network and hear talk of politics.

But that doesn’t seem to matter to ESPN’s Max Kellerman because he just can’t seem to stick to talking about sports.

The NFL draft is expected to feature a historic run on quarterbacks when the first round kicks off later this week.

Kellerman took issue with the upcoming draft saying he feels like the stock of black quarterbacks falls before the draft.

Once again, a leftist on ESPN is making a race issue out of something that isn’t a race issue.

Kellerman went on to say, “The point is, the correlation that can be made, is that your status falls, vis a vis White quarterbacks, and so that’s why my antenna are up when I notice one, two and three this year – White guy, White guy, White guy. But that may be correct. We need to see in the end how these guys turn out as pros.”

The entire media conglomerate is under the control of the Democrat party. Even the NFL draft is no longer spared from the talk of politics.

There is no doubt that the Left will continue to push their agenda in any way they can, even if that means destroying the once enjoyable act of watching sports.