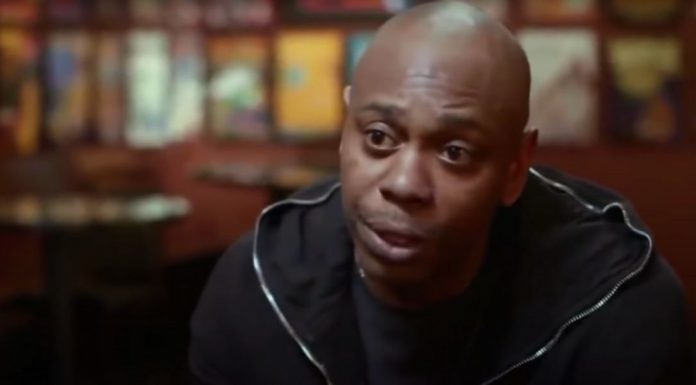 Woke employees have become a huge problem, hijacking management and transforming once-great companies into shells of nothing but leftist drivel.

Too many companies have been destroyed.

But Elon Musk just sent a huge signal about one company that has nothing to do with Twitter.

They even tried to cancel Dave Chappelle from his exclusive deal with the company after his jokes came under the Left’s attack for being “transphobic.”

But the company just made a bold move to fight back and Elon Musk called it out for praise.

Musk has become a major cultural warrior. Even though is not a true conservative, he is squarely opposed to the “woke” mob of the Left.

And it seems like he’s helping turn the tide against wokeness.

Netflix recently announced a new policy in support of artistic expression, and essentially said that “woke” employees could quit if they did not like it.

Variety reported that “the updated Netflix Culture memo also includes a new section called ‘Artistic Expression,’ explaining that the streamer will not ‘censor specific artists or voices’ even if employees consider the content ‘harmful,’ and bluntly states, ‘If you’d find it hard to support our content breadth, Netflix may not be the best place for you’…The Artistic Expression portion of the Netflix Culture document appears in large part a response to the controversy over Dave Chappelle’s ‘The Closer’ that embroiled Netflix last fall over what critics said were his transphobic and homophobic comments in the stand-up special.”

Upon hearing the news, Musk replied, “Good move by Netflix.”

Musk had recently been critical of Netflix and its endless stream of nonsensical progressive programming and tweeted “The woke mind virus is making Netflix unwatchable.”

Traditional liberals like Musk have slowly moved to the fringes of the Left – making them seem conservative in comparison to typical leftists and the Democrat Party.

That’s how liberal comedian Dave Chappelle suddenly became an enemy of the Left.

Chappelle refused to go along with all of the precepts of the Left, specifically regarding the issue of radical transgender ideology.

For that reason, Cappelle was attacked constantly, and some, including many of Netflix’s own staff even called for his Netflix comedy specials to be censored.

But the new Netflix guidelines just tamped down that rhetoric.

For the first time in a roughly a week, Netflix showed a loss of subscribers in the first quarter.

Some of the reasons why include password-sharing and a lack of hit shows and movies recently as incessant “woke” content took over.

Musk called it out.

That company culture was driving it was a huge problem, and Netflix management seemingly agreed it was time for a harder tack with the woke staffer.

This is another step in the right direction for Netflix after the company made the decidedly non-woke decision to stick by Chappelle when many others in the entertainment industry refused to do so.

Chappelle produced a documentary that suddenly could not get distribution, and was quickly dropped from film festivals.

Netflix did not ditch Chappelle, and he publicly acknowledged his appreciation.

People have had enough of wokeness, and it’s bad for business.

If more companies follow in Netflix’s footsteps, the woke zealots will be forced to sit back down.