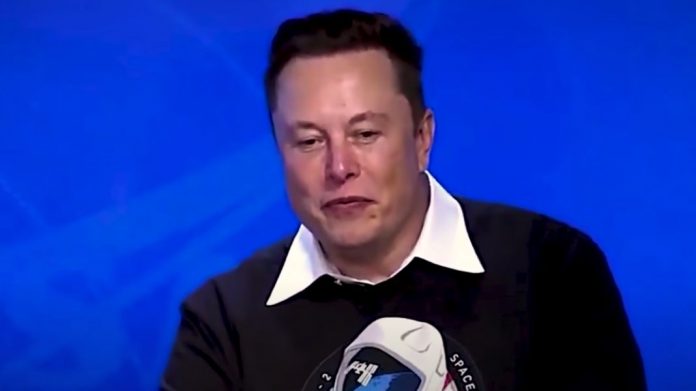 Elon Musk seems to be fed up with the radical Left.

The tech billionaire has recently refused to toe the line of “acceptable” opinion.

The red pill is a reference to The Matrix where the protagonist Neo can opt to take the blue pill and blithely go along living in a carefully constructed fake reality, or take the red pill and become conscious of the truth.

In political parlance, the red pill has been used in different connotations, but it generally means that a person has become aware that the supposed “consensus” opinion is a well crafted lie.

Blue checkmark Twitter freaked out that perhaps Musk had become a conservative.

Musk seems to hold rather centrist beliefs, but he’s wide awake about the dishonesty of the corporate press and its left-wing bias.

Musk has been the target of several hit pieces from the Left, including one absurd CNN story where he was accused of not supplying ventilators to a California hospital as promised.

The ventilators had been delivered and the CNN journalist simply didn’t do any research.

Another aspect of the Left that seems to have rankled Musk is its zealous attacks on anyone who deviates from Fake News Media narratives.

The issue of transgenderism has become particularly contentious on multiple fronts.

Progressive author J.K. Rowling has suddenly been cast to the Right of Margaret Thatcher for having the temerity to say that men cannot become women.

The trans debate has also centered around whether or not people should be compelled to use the preferred pronoun of a transgender person.

Musk parachuted into the controversy and fired off a two-word Tweet that sent leftists into a panic:

The condemnation from the Left was swift and expected, even from his current girlfriend and mother of their newborn son, pop singer Grimes.

She tweeted, “I love you but please turn off ur phone or give me a dall [sic]. I cannot support hate. Please stop this. I know this isn’t your heart.”

This is the concept creep among the Left that is used to justify such beliefs as speech is literally violence.

The radicalism of the Left does suck, and should be repeatedly called out.

Culture Watch News will keep you up-to-date on any development to this ongoing story.