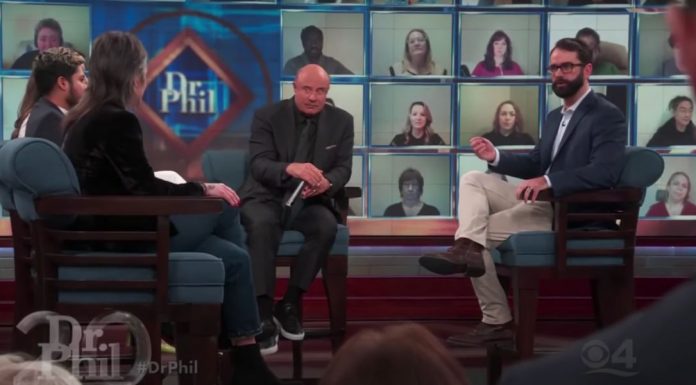 Democrats make a habit out of claiming they are the “party of science.”

Leftists routinely hurl slurs at Conservatives of being, “science deniers,” “flat-earthers,” and “gas-lighters.”

But Dr. Phil’s trans activist guests got run over by the one elementary school question they never saw coming.

The Daily Wire’s Matt Walsh was the invited guest on the nationally syndicated, Dr. Phil Show, to debate two LGBTQ+++ community leaders about gender, pronouns and other mind-numbing trans issues.

In the below Rumble video, watch as the podcast star stumps his two gender-confused debate opponents with a single and simple question, “what is a woman.”

You’ll notice, both the victims of gender dysphoria bumble and stumble when posed the question, as if they were doing an impression of President Joe Biden at a press conference.

Ethan (identifies as Non-Binary Transmasculine): “No I can’t (define what a woman is). Because it’s not for me to say, womanhood looks different for everybody.”

When Walsh pressed Addison to explain what that means, the transexual continued tossing Z’s word salad.

“Well, it’s to each their own. Each woman, each man, each person, is going to have a different relationship with their own gender identity and define it differently. Transwomen are women too.”

The Los Angeles studio audience were good and followed the “Applause” sign and cheered for the gender dysphoria victims.

But if you look at the wall of people watching digitally from home you can see in the video, they’re not convinced by “Addison” and “Ethan’s” argument – or lack thereof.

The fact is, you heard both of these trans activists admit they can’t answer.

However, Walsh had a very simple and straightforward answer to the question, “What is a woman?”

It’s a person with female DNA.

Anyone who claims to believe in “the science” can’t possibly argue Walsh’s blunt answer.

Walsh – who is the author of Johnny the Walrus, which allegorically compares being transgender to pretending to be a walrus – backs up his answer, explaining that when someone dies, 100 years from now, his or her body can be dug up and we’d know what gender they were.

When “Addison” charged that Walsh simply wants to reduce women and men down to their genitals, Walsh had one last epic “owned” moment for his counterparts.

So, who is really the party of science?

It is important to note, Addison and Ethan are a couple and are profiting off their trans activism. They are the only two “team members” listed on the website of Breaking the Binary, a company that claims to offer LGBTQ+++ training and consulting services.

Following their Dr. Phil appearance, Addison and Ethan complained of nightmares and depression.

The other guests on the Dr Phil panel are complaining that I gave them nightmares pic.twitter.com/RhP36aT8aT

Having to face a difficult truth will do that, especially for people dealing with mental illness.

Meanwhile, the Woke Mob is threatening to cancel Dr. Phil for merely having Walsh on as a guest, even though at one point, Walsh was out-numbered on the dais three-to-one.

Proving once again how open-minded and tolerant the Left truly is.