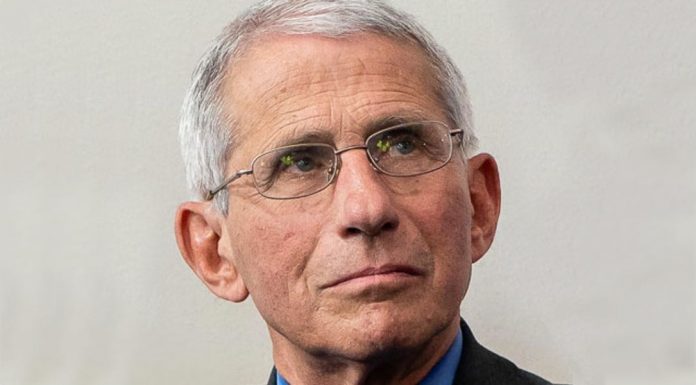 Countless families are struggling due to the government lockdowns.

These lockdowns were directly advised by medical experts like Dr. Fauci.

And now Dr. Fauci got caught lying to the American people and you won’t believe what he had to say about it.

According to Yelp, nearly 800 small businesses are being forced to close down for good because of tyrannical government lockdowns.

That adds up to hundreds of thousands of mom and pop shops closed with millions of families struggling like never before.

All this suffering is due to the government-imposed lockdowns.

And these lockdowns are being encouraged by medical “experts” like Dr. Fauci who claim it will curb the spread of coronavirus.

To no one’s surprise the lockdowns haven’t stopped the spread and have only halted the dreams of millions of Americans.

And Dr. Fauci just got caught in a huge lie to the American people over coronavirus and lockdowns.

The key to ending the lockdowns for many political elites is the development of herd immunity among the population of the United States.

Well Dr. Fauci got caught lying about the number of Americans needed to develop herd immunity.

Like he has done countless times in the past, Dr. Fauci changed his stance from 70% needed for herd immunity now to 85% needed.

He told The New York Times, “When polls said only about half of all Americans would take a vaccine, I was saying herd immunity would take 70 to 75 percent. Then, when newer surveys said 60 percent or more would take it, I thought, ‘I can nudge this up a bit,’ so I went to 80, 85.”

He was confronted for his lies on CNN’s State of the Union and he claimed:

The reason I first started saying 70, 75, I brought it up to 85 — that’s not a big leap to go from 75 to 85 — it was really based on calculations and pure extrapolations from measles. Measles is about 98 percent effective vaccine. The COVID-19 vaccine is about 94, 95 percent. When you get below 90 percent of the population vaccinated with measles, you start seeing a breakthrough against the herd immunity. So, I made a calculation that COVID-19, SARS-CoV-2, is not as nearly as transmissible as measles. Measles is the most transmissible infection you can imagine. So, I would imagine that you would need something a little bit less than the 90 percent. That’s where I got to the 85.

You can watch the full exchange below.

We should all be comforted to know that the one who will decide how long lockdowns last under a Biden administration is basing his official herd immunity threshold needed on public opinion polls and rough back of the napkin calculations.